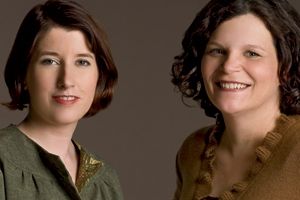 IN SECOND GRADE, we learned that there were 3.8 billion people in the world, a number that to seven-year-olds seemed about as unfathomably vast as the time until recess. No one told us that by the time we’d be having kids, population would nearly double, or that it would be on track to top 9 billion by the time we’d supposedly retire. In fact, in the more than 35 years since then, population has barely come up—not in school, not in the news, not in conversations among friends about the decision to have kids and how many. Perhaps the only context in which it popped up at all was in articles fretting about a 21st-century Yellow Peril.

In retrospect, the fact that it was acknowledged at all when we were kids was likely some kind of sanitized fallout from The Population Bomb and The Limits to Growth. Since then, it’s been a topic we’ve collectively ignored. The reasons are many: The doomsayers’ worst predictions—global famines by the 1980s—were forestalled by the Green Revolution. Racists and xenophobes used “overpopulation” to advance their own anti-immigrant or even eugenicist agendas. Anti-abortion advocates cynically positioned foreign aid for family planning as “biological colonialism.” And, at bottom, it’s a massive guilt trip to talk about the burden our babies put on the planet.

Yet there are signs that, much as we’d like to ignore the problem, we’re finally hitting the planet’s limits. As Green Revolution pioneer Norman Borlaug warned, agricultural improvements could only buy us time—scientists now warn that we’re dangerously close to hitting “peak soil.” And no one’s yet proposed a plausible way to engineer our way out of climate change—other than, you know, cutting emissions.

Until recently, the population debate was stuck in a stalemate between two well-meaning camps: conservationists, who saw increasing numbers of humans encroaching on nature, and Third World advocates, who rightly pointed out that most of humanity’s burden on the planet originates with a relative few. Consider that the average American’s carbon footprint is 23 times bigger than that of the average Indian.

The truth, as both camps are coming to realize, is that you can’t protect the environment without advancing human rights—and vice versa. To wit: Every tiny improvement in the status of women, every bit of education for girls, translates into women having more control over their fertility, which translates into family sizes that match parents’ means and wishes, which in turn means more opportunity for the next generation—a virtuous cycle of enormous potential. The best 21st-century contraceptive, as Julia Whitty writes in our cover story, turns out to be a microloan. Improving the lot of humanity will also put us on track to limit our toll on earth’s resources—if (and it’s a massive if) we simultaneously manage to get our fossil fuel use in check.

This story brings together two major initiatives at Mother Jones. The first features expanded reporting on human rights issues both foreign and domestic, from refugee crises to the prison meltdown to domestic violence and global gay rights. We’re launching a new blog, The Rights Stuff, anchored by Mac McClelland, who in our last issue chronicled her time with the daredevil refugees documenting the Burmese junta’s abuses. (If you liked that story, look for her book, For Us Surrender Is Out of the Question.) A big thank you for helping make this possible goes to the family of Anita Roddick, the Body Shop founder, human rights activist, and Mother Jones board member who passed away in 2007. (It’s very much in keeping with her legacy that our cover story not only takes on the taboo of population, but works in references to tortoiseshell condoms and the sex life of the Reverend Thomas Malthus.)

And, just in time for the 40th anniversary of Earth Day, we’re helping launch the Climate Desk, a collaboration “dedicated to exploring the impact—human, environmental, economic, political—of a changing climate.” The partners include The Atlantic, the Center for Investigative Reporting, Grist, the Investigative Fund at the Nation Institute, Mother Jones, Slate, Wired, and NYC’s public television station WNET; our first project is an examination of how business is adapting (or failing to adapt) to the risks and opportunities brought on by climate change. Simon Dumenco of AdAge called it a “potentially revolutionary” venture, and we hope he’s right. There’s a taste of what’s to come in this issue (see “The Climate Desk“), and much more content will go up at MotherJones.com just as this issue arrives in your home.

One more bit of house business: After 19 years at Mother Jones, our publisher, Jay Harris, has left to follow his bliss. We’ll miss his steady hand, sound advice, and love for journalism, but MoJo is in good hands: Our new president is longtime COO/CFO Madeleine Buckingham, and Steve Katz, who spearheaded development and other strategic initiatives, is now publisher. Huzzah!