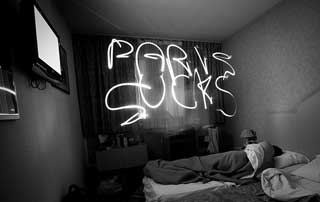 This sentence tripped me up:

[America] is freer, more individualistic, more democratic, and more open and dynamic than any other nation on earth.

… But the statement that America is “freer” or “more democratic” than literally every other society on earth, is argued largely through the quotations of founding fathers and Lincoln, as if saying something made it so.

Greene goes on to explain how even Freedom House, a US-based organization widely seen as center-right, ranks America far below first in terms of freedom and democracy. In fact, the US finishes in a multi-way tie for 30th.

Greene isn’t using the Freedom House rankings as an excuse for America-bashing. Instead, he’s simply pointing out that “the blanket statement that America is the ‘most free, most democratic’ country on earth strikes the serious comparativist as what it is: not an empirical fact but as an article of faith.” And there’s the rub: many American right-wingers, including (apparently) Lowry and Ponnuru, are far from “serious comparitivists.”

Lots of conservatives base their belief in America’s total, overwhelming awesomeness in every facet of everything on faith, not reason. That’s one reason why so many conservatives seem comfortable making fact-free claims about American superiority—like when they say the US has “the best health care system in the world,” as House minority leader John Boehner did last week. Any serious comparitivist knows that’s ridiculous. But for too many conservatives, serious comparitivism is out of the question.