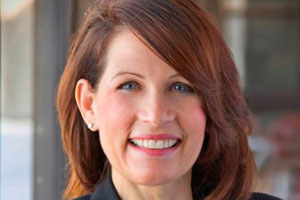 The indispensable PolitiFact.com has a great story about how Rep. Michele Bachmann (R-Minn.) tried to claim that an unscientific email survey conducted by “the Medicus Firm, a physicians recruiting service” was actually “released” by the prominent and well-regarded New England Journal of Medicine. The survey (remember, it was unscientific) found that 22 percent of respondents “would try to retire early” and 8 percent “would try to leave medical practice even if not near retirement age” if health care reform without a public option was passed. Bachmann characterized that as a survey “released” by NEJM that found that  “over 30 percent of American physicians would leave the profession if the government took over health care.” NEJM, of course, doesn’t publish or peer-review unscientific email surveys:

[Medicus] wrote an article about the survey results, which was first published on the firm’s Web site. The article was later reprinted in Recruiting Physicians Today, an advertising newsletter put out on the NEJM’s Career Center Web site. The Medicus Firm neither paid to have the article published, nor was it paid for the article.

It was never published in the actual New England Journal of Medicine.

But it’s easy to see how someone might have been confused. Although the small print explains that the survey was done by the Medicus Firm, the article prominently states at the top, “From the publishers of the New England Journal of Medicine” and carries the NEJM seal.

There are two lessons here. One is that the all publications have to be very careful about how they attach their names to advertising supplements and promotional inserts. Readers need to be able to easily distinguish advertising from actual editorial content.

The second lesson is that no matter how careful you are, someone will probably find a way to misrepresent the truth. Bachmann’s spokesman told PolitiFact that all this is really NEJM’s fault, but that’s a bit too precious. The NEJM put a disclaimer on its website explaining that the survey didn’t represent its views a full 10 days before Bachmann made her claim to the contrary. Even if you accept Bachmann’s explanation that the confusion about the survey’s source is NEJM’s fault, that’s not the only problem with her statement. As PolitiFact emphasized, Bachmann didn’t simply get the source of the survey wrong. She also “sensationalize[d]” the results. Some people just can’t handle the truth.