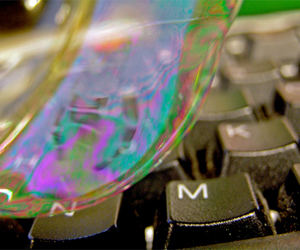 Our friends over at Newsdesk.org pointed out to Mother Jones that March 10, 2000, marked the start of the dot-com crash. That’s the day the tech-rich Nasdaq stock index reached its peaked, fueled by speculation in the values of them thar new-fangled Interweb-based companies. (Remember the Pets.com sock puppet Super Bowl commercial? I do, fondly. Happy anniversary!) But it turns out those values were overvalued, and an HTML house of cards tumbled, dragging down the economy with it. Nasdaq closed yesterday down about 54 percent from its high a decade ago.

You’d think that would have been a fabulous cautionary tale far future stock market speculators in oh, say, securitized mortgages and credit swaps. But popular US economic discourse has actually slid backward since then: Nowadays, even the most earnest advocates for financial regulation—or even a little circumspection—are derided as Cassandras at best, or at worst, socialists who reject the free market.

Back in 1996, Fed Chairman Alan Greenspan—who had his part to play in both the dot-com and subprime bubbles—warned America to guard against its own economic hubris, “when irrational exuberance has unduly escalated asset values, which then become subject to unexpected and prolonged contractions…” The economist Robert Shiller made that phrase—irrational exuberance—the title of a 2000 book, in which he argued that the Internet-addled stock market was dangerously overvalued. He even put out a revised edition in 2005, warning of a similar phenomenon in the white-hot housing market.

Not that it mattered.

So until our divided nation agrees that you can have a democratic free market with a sane governor on its top speed, let’s drink a 40 to the memory of financial bubbles past—and future. And here’s hoping the next generation of working stiffs with monied dreams won’t ever have to tell their coworkers they’re “goin’ to Vegas.”