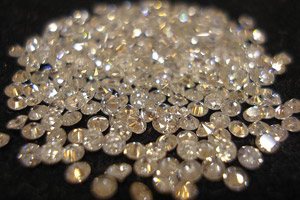 In the 1960s, many Americans boycotted California table grapes to help farmworkers unionize; in the ’70s and ’80s, we boycotted South Africa to help the anti-apartheid movement. In the late 1990s there was the push to ban “conflict diamonds,” which led to the 2002 agreement, now signed by some 75 countries, to boycott diamonds produced by armed rebel groups in Africa and elsewhere. Shouldn’t we help war-torn Congo by boycotting “conflict minerals”?

Unfortunately, it’s not clear that a boycott would do much more than put tens of thousands of miserably paid miners out of work. Take the rather toothless conflict diamonds accord (which came about only because the international diamond cartel saw “blood diamonds” undercutting its inflated prices): It already applies to Congo, but makes no practical difference since the country’s diamonds, like the overwhelming majority of its other exports, don’t come from areas currently at war. And even when there is a direct connection between war and mining (as with the minerals sold by the Forces Démocratiques de Libération du Rwanda, the genocidaires who have taken refuge in Congo), those exports are vexingly difficult to trace. You can quickly tell where an imported automobile was manufactured, but even the best laboratory tests cannot easily prove where an ounce of gold comes from. Congo’s lengthy borders are impossible to police, and certificates of origin are easily forged.

The real problem is not conflict minerals, but the fact that Congo’s long-suffering people reap only a tiny share of their country’s vast wealth. Yet an alternate example is only a few hundred miles away from Congo’s southern border: Diamond-rich Botswana has used its mines, which are partially owned by the state, to fund infrastructure, education, and health care, as well as set aside a rainy-day fund of nearly $7 billion. A recent joint venture between the government and the diamond giant De Beers is even bringing in some of the cutting and polishing work that used to be done in London, generating thousands of jobs. But Botswana has something essential Congo does not: a government known for being both functional and honest.

The Congo, one of the world’s richest countries, is also one of its poorest. To find out why, read Adam Hochschild’s special report here.