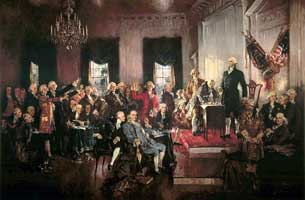 On Saturday, black intellectuals and public servants at a 6,000-seat inaugural summit debunked the notion that creating a national agenda to aid black communities was exclusionary or racist. Their reasoning: Progressives policies for the public interest and the common good must address the condition of folks at the bottom of the socio-economic totem pole, i.e. the group of Americans with the highest rate of poverty, unemployment, and home foreclosures: black people.

“We already see that any president is under tremendous pressure from the strong, the corporate elites, Wall Street oligarchs, various powerful folk at the top, who can easily push Obama in such a way that he tilts too much toward the strong and he doesn’t focus the way he ought on the weak, on the poor, on working people. And that’s why we’re here today.”

Having a black-identified president was applauded by speakers and audience members alike. But “…a black agenda is not qualified or surrendered because Mr. Obama is in the White House,” exclaimed Georgetown professor Michael Eric Dyson. In the age of Obama, the goals of social justice advocates remains unchanged: the social and economic gap must be closed and Americans with the least amount of resources must not be forgotten. Dyson pointed out that defending a black agenda may ironically “be even more viciously assaulted when we have a black face on an American empire that has historically been insensitive to the causes and claims of black people.”

Said Michael Fauntroy, George Mason University assistant professor, “Too many of us are just happy that we have a black president. I’m not sure that a lot of us are prepared to ask this President and this Congress to do what we as American citizens… have a right to petition the government to do…Special problems require special solutions… Just think about what’s going on 90 minutes north of here in Milwaukee where in late 2008 the black male unemployment rate was almost 50 percent. In my city, Washington DC, a city that has done reasonably well in this overall recession, the black male unemployment rate is 35 percent. Now that strikes me as a special problem. If Wall Street can identify a special problem that needs to be resolved then why can’t we?”

Amid the impassioned speeches, some viable pro-equity solutions (PDF) were offered: grassroots voting, rallying at Congress’ door, and redistributing stimulus funds into cities to support threatened institutions like libraries rather than sending the cash to states.