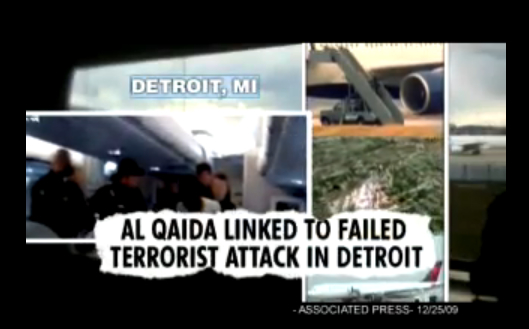 The ads target Democrats and Republicans in seven states, and issue “a reminder that terrorists continue to target America, and that every day we continue our dependence on Middle East Oil, we continue to send money to nations with ties to terror,” said the group.

The ads in Missouri target Republican Rep. Roy Blunt, and feature James Sander, an Iraq War veteran. “When a terrorist tried to attack us on Christmas Day, I was reminded why I’m willing to risk my life for America’s security, and why we need to stop sending billions to countries with ties to terrorism,” says Sanders. The ad accuses Blunt of taking thousands from oil companies that do business in countries with ties to terrorism, listing Yemen, Iran, and Libya, and others.

The ads target a range of legislators. Blunt voted against the House climate bill last June. Mark Kirk was one of the handful of Republicans to vote for it, but has backtracked now that he is running for Senate. John Barrasso (R-Wy.), Mitch McConnell (R-Ky.), John Thune (R-S.D.), and Chuck Grassley (R-Iowa) are all expected to vote against legislation in the Senate, if it ever comes up, and Democrat Evan Bayh (Ind.) also looks like a likely opponent.

Here is the ad targeting Thune in Wyoming: