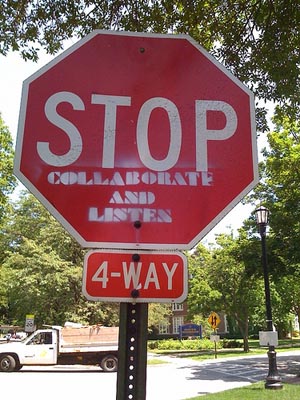 Alabama Senator Richard Shelby has placed a “hold” on all pending nominations before the Senate (that’s more than 70 nominees) until he gets a few extra billion dollars to fund projects in his state—or as his spokesperson spun it, “due to unaddressed national security concerns” (read: defense contracts). What this means, basically, is that Shelby has informed the Senate leadership of his intent to block movement on any nominees; overcoming his objection is technically possible, but immensely time consuming, as David Waldman explains.

All of this just goes to show how much of a boondoggle (try to imagine Mitch McConnell’s voice when you read that) the current procedural rules of the Senate really are. So are things liable to change any time soon? Depends on what you mean by “soon.” Late last month Sen. Tom Udall (D-NM) introduced a resolution to allow the the Senate to adopt a new set of rules when the 112th Congress convenes next January. I talked to Udall yesterday (before the Shelby story broke) about the prospects for reform and what he specifically hoped to accomplish.

So how does Udall plan to go about selling a reform that the public doesn’t really have much interest in (or know anything about)? “People want us to take decisive action,” Udall said. “And as soon as you explain it to the public, anything that gets in the way of us taking action, the public looks at very skeptically. So I think the more they understand, and there’s a lot out there of this discussion right now, the more they’ll realize we need to move for the constitutional option at the beginning of the 112th Congress.”

But didn’t the Republicans take that exact same approach—accusing Democrats of blocking an electoral mandate—in 2005, with no luck? “I don’t believe that the 2005 situation is comparable to what I’m doing,” Udall said. “That was done in the middle of a Congress, out of frustration over judicial nominations. This is a thought-out process that should take place at the beginning of the Congress. The resolution helps us frame for this year the discussion. It gets senators involved. It’s referred to the rules committee, the rules committee to consider it, to hold hearings on the rules, members of the rules committee to work with each other Republicans and Democrats to come up with rules that work better for the senate and for the American people.”

As for the specifics of what those rule changes would entail, Udall didn’t offer many details. He declined, for instance, to explicitly take on the tradition of holds when asked.”Every rule should be under discussion,” Udall said. “And that I believe is the debate and discussion we should be having in the next year. And I hope that we can come to bi-partisan conclusion on some rules that will work better for us.”

So what’s the takeaway? In some respects, Udall’s strategy is a smart concession: If the public isn’t going to carry the banner, concentrating on quietly pushing through changes in-house might be a smart approach. Then again, asking senators to compromise their immediate interests (Shelby’s holds, brazen as they may be, aren’t likely to turn him into the next Preston Brooks) could be a fruitless effort without a righteous popular movement. It’s all enough to make your head spin.