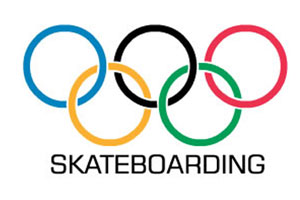 It’s true that the Winter Olympics is a special bird. The biathalon has athletes in tights hoisting rifles over their shoulders between ski laps, ski jumping is a boys-only affair, ice dancing is figure skating without all the jumps (what fun is that?), and curling, well, as Slate’s David Plotz put it “curling combines the worst of shuffleboard and housekeeping.”

Unlike the Summer Olympics, with scores of sports and thousands of athletes, the winter games is a more intimate and quirky affair, but it’s also becoming more X-Games, younger and more hip than its warmer counterpart. Sure, Beijing’s summer games had the charismatic Usain Bolt, who hammed for the camera before busting records, but overall the winter games just seem to have more fun. For example, snowboarding. Now, I don’t adore the half-pipe event, it starts with athletes giving Apple a product shot for crying out loud! (Boarders often set their iPod at the top of each run.) But Shaun White and the other boys (and soon girls) in plaid and baggies are exciting to watch soar. But here’s the question: Is snowboarding any different (less exciting) than skateboarding? It takes the same level of skill and coordination to perform tricks on a board with wheels as on snow (some might say more, see Lords of Dogtown). And skateboarding got here first (I think).

Anyway, just wondering. The folks over at SkateDaily.net are as well, they have an online poll going. So far, even with their presumably skater audience, 60% of respondents say “Hell No” to skateboarding becoming an Olympic sport. Surfing anyone?