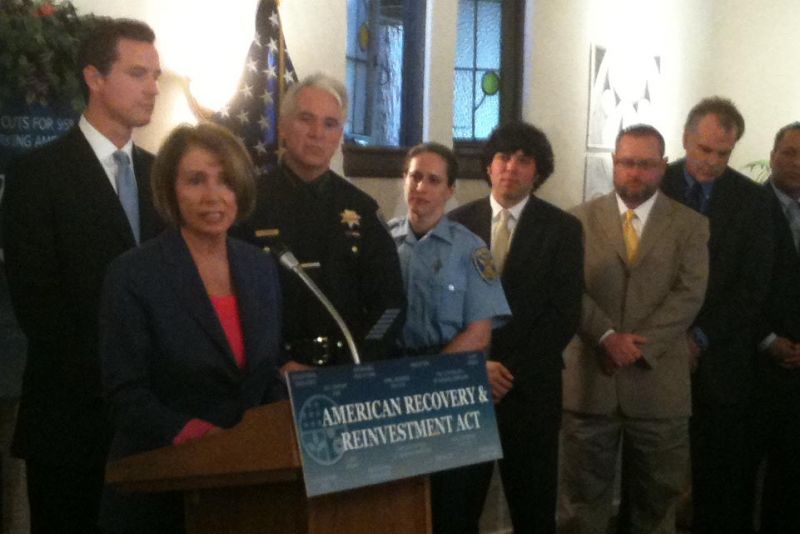 A year after the stimulus package surged through congress, it has fallen short in a few key areas, including capping unemployment at the projected 8.5 percent, increasing transparency, and impacting marginalized communities. But as Kevin Drum points out, it’s difficult to claim (based on facts, at least) that the recovery act has been a complete failure.

Speaking at an event celebrating the one year anniversary of the stimulus bill yesterday, House Speaker Nancy Pelosi and San Francisco Mayor Gavin Newsom rebuked lawmakers who downplay the recovery act’s impact for political gain. “For people like Scott Brown to come out of the gates saying that is insulting to the intelligence of the American people,” said Newsom. “It’s an offensive statement, it’s laughable on the surface, and it absolutely holds no weight in terms of foundation of fact.”

But in the past year, the Obama administration’s method for tracking how many jobs have been created or saved by the stimulus has been consistently unclear. Early on, the White House was accused of claiming to create new jobs in imaginary districts, and overstating the impact of part-time jobs. The government’s stimulus watchdog called the early numbers “riddled with inaccuracies.”

Last month, reports ProPublica, the White House changed its strategy for counting new and created jobs. But the change doesn’t do anything for transparency or accuracy:

Now, the White House says it will no longer keep a cumulative tally of jobs created and saved by the stimulus. Instead, it will post only a count of jobs for each quarter.

And instead of counting only created and saved jobs, it will count any person who works on a project funded with stimulus money—even if that person was never in danger of losing his or her job.

“There absolutely is confusion about how many jobs are quoted as saved,” said Newsom when asked if this change might fuel stimulus critics. “To the extent that there is an apples to apples framework in terms of being able to assess the number of jobs, I agree that has changed a number of times and that has made it more difficult” to determine the total number of jobs saved. But in San Francisco, he said, the stimulus has created nearly 2,000 new jobs to date, exceeding optimistic estimates.

For her part, Pelosi focused on the potential for more job creation moving forward. She emphasized that the House has effectively passed legislation promoting “the three pillars of job creation,” health care, education, and clean energy. She blamed the obstinate republican Senate leadership for preventing these initiatives from becoming law. “We have the responsibility to find common ground” for the sake of job creation, she said.

But Newsom wanted to debate the issue head on. “Bring on Scott Brown, tell him to come out to San Francisco if he wants an education on the stimulus program,” he said. “Enough of this nonsense that this has not created a new job.”