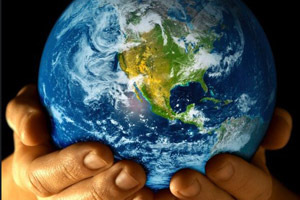 What’s going at the Intergovernmental Panel on Climate Change? After a rash of stories about inaccurate data in the reports produced by the world’s preeminent climate science research organization, Kevin Drum wonders what impact the recent scandals have had on public opinion. The controversies over the IPCC’s data haven’t challenged the fundamental agreement among the vast majority of scientific bodies that climate change is happening and caused in large part by human activity. But they’re feeding public distrust of climate science and science in general, largely because they’ve provided plentiful ammunition for skeptics and climate change deniers. And it’s getting worse by the day.

The trouble for the IPCC started in November, with the so-called ClimateGate saga—the release of excerpts from emails between IPCC scientists that were used as evidence of insularity and secretiveness in the scientific community. The vast majority of those emails were innocuous; a thorough investigation found that while they showed scientists behaving badly, they didn’t discount the underlying science. And Michael Mann, a Pennsylvania State University climatologist at the center of the email dispute, has been largely cleared of charges of scientific misconduct.

But the email incident has fueled skeptics, who are now picking apart the IPCC reports for any other evidence of misconduct. While the fundamental conclusions about warming temperatures are well-vetted, it seems the IPCC has been less than thorough in verifying some of the subsidiary findings. Indeed, specific regional impacts are among some of the most hotly contested questions for climate scientists.

And there seem to be a fair number of questionable claims, including:

It’s clear that the IPCC needs to take significant action or face a collapse of public confidence in not just the IPCC as a scientific body, but climate science in general. As atmospheric scientist Ralph J. Cicerone, president of the National Academy of Sciences, writes in this week’s issue of the journal Science, “My reading of the vast scientific literature on climate change is that our understanding is undiminished by this incident; but it has raised concern about the standards of science and has damaged public trust in what scientists do.”

Ciccerone notes that “public opinion has moved toward the view that scientists often try to suppress alternative hypotheses and ideas and that scientists will withhold data and try to manipulate some aspects of peer review to prevent dissent.” He concludes, “This view reflects the fragile nature of trust between science and society, demonstrating that the perceived misbehavior of even a few scientists can diminish the credibility of science as a whole.”

As for what to do, he writes, “It is essential that the scientific community work urgently to make standards for analyzing, reporting, providing access to, and stewardship of research data operational, while also establishing when requests for data amount to harassment or are otherwise unreasonable … Failure to make research data and related information accessible not only impedes science, it also breeds conflicts.”

Whether the IPCC will be receptive to such proposed changes isn’t yet clear. As Andrew Revkin reported on his New York Times blog, Dot Earth, recently, the panel is facing pressure from the inside and outside to change some of its practices. It may have to if it is to regain its position as the trusted scientific source on the science of climate change.