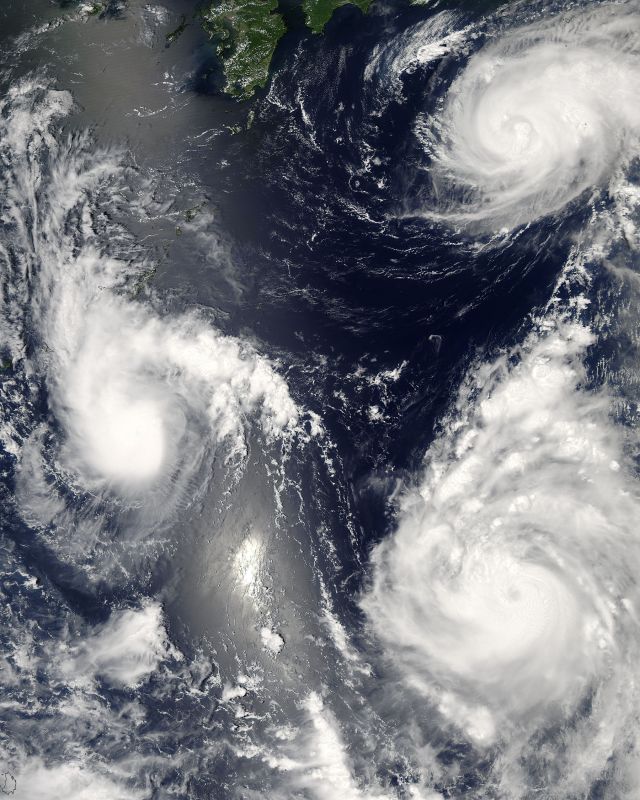 More frequent hurricanes (and typhoons and tropical cyclones) in Earth’s past contributed to persistent El Niño-like conditions, which in turn made more hurricanes.

According to a new paper in Nature, tropical cyclones were twice as common during the Pliocene epoch 3 to 5 million years ago, when temperatures were up to 7.2 degrees Fahrenheit warmer than now. The storms also lasted two to three days longer than now. Unlike today, they occurred across the entire tropical Pacific Ocean. Co-author Christopher Brierley tells Yale:

“The Pliocene is the best analog we have in the past for what could happen in our future. We wondered whether all these storms could have contributed to the warmer climate.”

Apparently they did. Cyclone and climate models revealed a positive feedback loop between tropical cyclones and upper-ocean circulation in the Pacific—which explains the increase in storms leading to permanent El Niño-like conditions.

We don’t have a permanent El Niño today because cold water off California and Chile skirts the region of tropical cyclones, forming a “cold tongue” stretching west from South America. But during the Pliocene the cold tongue was repeatedly hit by one of many tropical cyclones, churning it with warmer waters. This equatorial warming led to changes in the atmosphere that in turn created more tropical storms.

Next step for the Yale/MIT team is to study how much of that kind of mixing might be happening with today’s tropical cyclones.