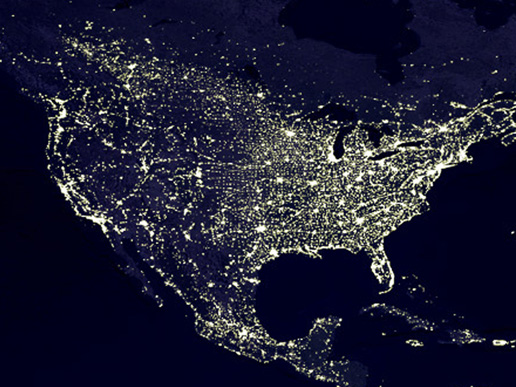 Most Americans like the idea of conservation. But few practice it in their daily lives. That’s according to the results of a national survey by researchers at Yale and George Mason Universities.

A majority of Americans say it’s “very important” or “somewhat important” to turn off unneeded lights (92 percent), to lower the thermostat in winter (83 percent), and to use public transportation or carpool (73 percent), among other conservation behaviors. Yet:

“There are many possible explanations for the gap between people’s attitudes and their actual behavior. For example, public transportation may not be locally available or convenient. Overcoming barriers such as these will make it much easier for people to act in ways consistent with their values.”

The survey also found that in the past year about 33 percent of Americans rewarded companies taking steps to reduce global warming by buying their products, while slightly fewer refused buying products of companies they perceived as recalcitrant on the issue. Finally, 11 percent of Americans have contacted government officials in the past year about global warming, with seven in 10 urging officials to take action to reduce it.

“When it comes to taking a stand against global warming, concerned Americans are much more likely to take action through consumer purchases rather than as citizens,” says Edward Maibach, director of the Center for Climate Change Communication at Mason. “This lack of citizen engagement may help to explain why Congress is being so timid in addressing climate change.”

A copy of the report is available here.