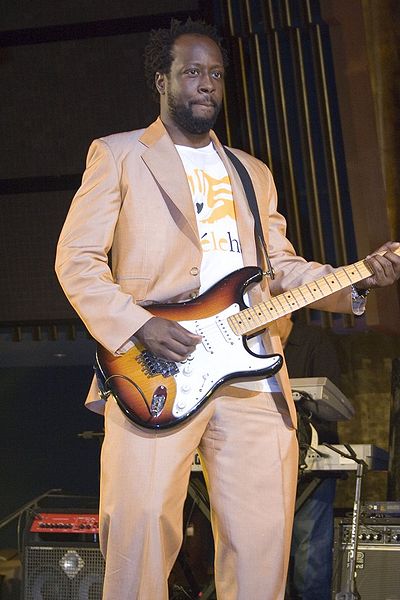 When the developed world all but gave up on Haiti six years ago after pouring billions into the desolately poor, still failed state, Grammy-winning hip-hop artist and Haitian native Wyclef Jean began lobbying Washington to change its mind. When violence between rival gangs in Port-au-Prince reached a fever-pitch four years ago, Wyclef stepped in to personally negotiate a truce between some of the warring factions. And after learning that his homeland had been struck by a deadly earthquake, Wyclef once again sprang into action to help his people, this time by calling on the public—through a flurry of tweets—to make $5 earthquake recovery donations by texting 501501.

The charge from this philanthropic text will go straight to your cell phone bill, and the donations will go straight to earthquake relief efforts through Wyclef’s charity Yele, which he started in 2005 with a quarter million dollars of his own money, according to a 60 Minutes special which aired in January 2009 about Wyclef’s ongoing efforts to help Haiti. So many people responded to the former Fugee’s call to action that the Yele site was temporarily down earlier today. The term “Yele” comes from a Haitian Creole word meaning ‘to yell,’ and asked by CBS’s Scott Pelley why he chose this name for his charity, Wyclef responded “Because I want you to hear us.”

It’s been one day since the 7.0 magnitude quake struck just 10 miles outside Port-au-Price, but Wyclef has already returned to his homeland through its neighbor the Dominican Republic to focus on family, finding and assisting Yele staff and general disaster response, the Los Angeles Times reports. “I cannot stress enough what a human disaster this is, and idle hands will only make this tragedy worse,” said Jean in a statement on the charity’s Web site. “We must act now… Haiti needs your prayers and support.”

Yele spends $100,000 a year on athletic programs for Haitian children and helps feed 50,000 people a month with food donated by the UN. The nonprofit also offers much-needed jobs to people in Cite Soleil, one of the world’s most notorious slums. Don’t forget to check out James Ridgeway’s piece about how Bush-Cheney policy screwed Haiti and MoJo human rights reporter Mac McClelland’s advice on how you can help.