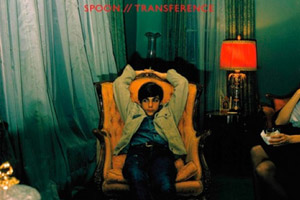 It’s easy to see why hipsters love Spoon. Their music is catchy, but not so much that it’s gone mainstream. Their lyrics are clever. Their videos feature dancing robots and drag nuns. And their name just sounds cool.

On Spoon’s latest album, which comes out this week, the band delivers what is expected, with a collection of songs that’s both tuneful and just irreverent enough. The opening track, “Before Destruction,” sets the tone with a segue from what sounds like a scratchy demo into a slick synthetic rush. On “Goodnight Laura,” the music is sweet but the lyrics melancholy: And you close your eyes and slow yourself and let the worry leave you  / Don’t you know love, you’re all right.

At the same time, Spoon often employs its accessible-yet-edgy style in a predictable way—I often found it hard to distinguish between songs, and between this collection and the band’s past hits. With few exceptions, the formula is roughly this: uptempo beat + jaunty guitar hooks + bluesy keys + fun, quirky melodies. Not a bad combination, but it can feel a little staid.

Where they do flirt with experimentation, like with the spacey instrumentals in “Who Makes Your Money,” it’s refreshing. Maybe the old adage If it ain’t broke… is working for them, but after more than 15 years wooing the indie masses with a winning formula, it may be time for Spoon to mess with it a bit.