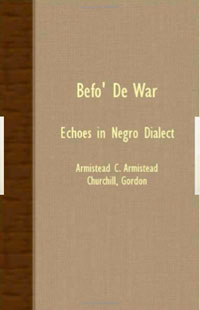 Amazon.Sen. Harry Reid (D-Nev.) is getting slammed for this, from John Heileman and Mark Halperin’s gossipy book on the 2008 campaign, Game Change:

[Reid] was wowed by Obama’s oratorical gifts and believed that the country was ready to embrace a black presidential candidate, especially one such as Obama—a “light-skinned” African American “with no Negro dialect, unless he wanted to have one,” as he said privately.

Reid apologized for the “poor choice of words,” and President Obama accepted the apology, but Republicans are still demanding that Reid resign. Kevin says “This whole thing is ridiculous” and Reid “didn’t say anything offensive anyway,” and points readers to Mark Kleinman’s excellent post defending Reid. Conservative columnist George Will also thinks Reid didn’t say anything wrong. Ezra Klein says he’s “trying really hard to understand why Harry Reid’s comments about Barack Obama’s electability were offensive.” As Kevin said, the feigned outrage from congressional Republicans is fairly predictable—anything that damages Reid tends to help Mitch McConnell’s guys. But it’s definitely worth taking a long look at some of the criticism of Reid’s from people who don’t have so much to gain from damaging Reid politically. Jack and Jill Politics’ rikyrah, for example, says “this is the kind of mess that just angers me”:

There were whole swaths of Black folk who were educated BEFORE the Civil Rights Movement.

Do you honestly believe that Black people walk around talking Ebonics? That you aren’t talking about a SUBSET of people?

That the overwhelming majority of BLACK people with BLACK parents IN AMERICA were raised speaking the ‘ King’s English’, and that we were liable to get hurt if we didn’t.

This was an insult by Reid, but guess what, it’s not an insult that any other EDUCATED BLACK PERSON hasn’t heard in their lifetime.

The whole, they know you went to college and graduate/professional school, but will utter the words – to your face-