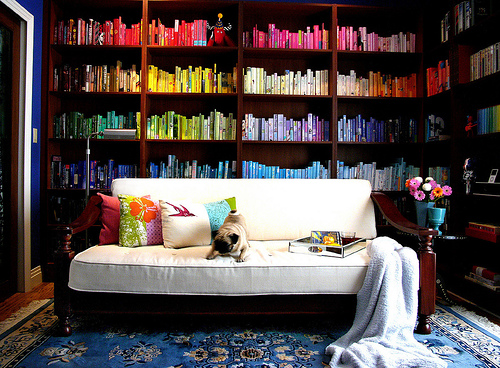 Every two seconds, someone in the UK buys a Twilight book. Depending on your literary outlook, that’s either the best or the worst thing you could imagine.

The past decade saw the reign of blockbuster novels (the Harry Potters, Professor Langdons and Edward Cullens know what I’m talking about) and literary star power. The already luminous kept illuminating (with little fizzles—think Roth’s The Humbling and Rushdie’s Shalimar the Clown), while Wunderkind of the decade redefined a literary life as a hip young party in a language you don’t speak—but should. They dabbled in veganism and appeared on reality shows and blogged about their hair. The lovely and talented James Franco—best known for his turn as a beautiful stoner in (insert title of any James Franco movie) and now, an artist on General Hospital—will publish a book of short fiction in May.  So what’s to mourn?

A lot, according to Ted Genoways, editor of Virginia Quarterly Review, whose essay “Final Chapter” chronicles the decline of the literary magazine in America, and foretells the death of fiction as we know it. Universities, once the haven for burgeoning young talent, are simultaneously cashing in on their ever-expanding (and ever more expensive) MFA programs and cashing out their literary magazines. Meanwhile, the Wunderkind have ushered in a new era of “tell, don’t show” that values voice over experience and revels in the music of its own neuroses. The Wunderkind were ingenious and daring about it, but their legions of imitators have become increasingly dull. So dull, in fact, that the Nobel committee’s permanent secretary Horace Engdahl declared American writers—all American writers—too insular and navel gazing to deserve the prize.

Have American writers all become agorophobic shut-ins with nothing better to do than mumble to themselves in blogger-style-bathrobes all day while the quasi-literate Stephanie Meyers of the world drive us into the Kindle-era? Genoways hopes the new generation of American writers will wake up and smell the wars. I just hope they shower.