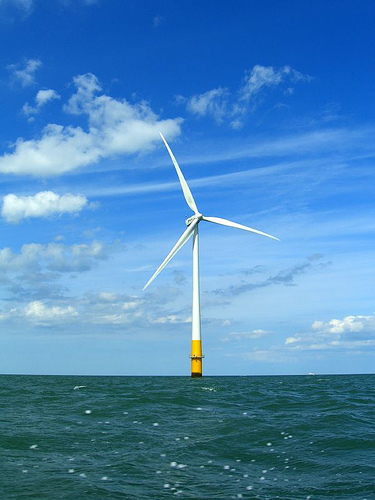 The powerful gusts of air that draw the world’s best windsurfers to the coastal town of Santa Lucia Tirajana, Spain, also drew the attention of the community’s most corrupt local politicians and businessmen, the New York Times reports. There were municipal plans to build wind turbines just off the coast of the town, waters that are currently home to an annual windsurfing competition. But a yearlong investigation by Spanish police showing abnormalities in the new turbines’ financing led to the mayor, five town officials, and two developers being charged with peddling, misuse of public office, and bribery.

Wind energy and other renewable energy technologies may have an eco-friendly image, and have been central at this week’s climate change talks in Copenhagen, but they perpetuate another type of green, too. In Europe, subsidies topping 40 million Euro have been allocated for wind farm investment. And Spain is not the only nation dealing with cases of windy fraud. Though authorities say it is impossible to know the extent of fraud in public spending on wind energy, the Times reports that there have been numerous recent investigations throughout Europe. This year, five Corsican nationalists were jailed and fined for embezzling 1.54 million Euro in wind farm subsidies. In Italy, three other investigations of wind subsidy fraud are underway, including one officials have dubbed “Gone With the Wind.”