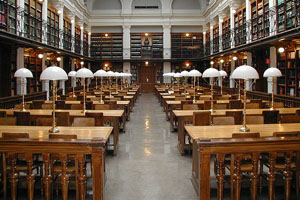 This story first appeared on the ProPublica website. ProPublica has since released a correction, which you can find here.

Of the billions that taxpayers spent to help students attend for-profit colleges and universities in 2007, half will never be repaid, according to Department of Education projections (PDF) released Tuesday.

And the department expects that over 40 percent of the loans granted from 2003 to 2006 to students at for-profit institutions will ultimately be written off.

Related Chart: Default Rates on Loans for Students Who Graduated Three Years Ago

By comparison, the department projects that the students who took out loans to attend nonprofit four-year colleges in 2007 will default at significantly lower rates—22 percent for freshmen and sophomores, and 12 percent for juniors and seniors.

For-profit education has come under increasing scrutiny in recent months as the Obama administration focuses on the government’s increasing support for the sector, which ranges from small technical schools to the nationally known University of Phoenix.

A recent investigation by the Government Accountability Office found instances of for-profit schools’ engaging in outright fraud to sign up unqualified students (PDF) and warned that “the government cannot be assured that its student aid funds are only provided to students who have an ability to benefit from higher education.’’

Earlier this week, the department made public the default rates for students who graduated three years ago, reporting that students at the larger for-profits were defaulting at a rate of around 20 percent. Those are similar to levels, last seen during the early 1990s, that prompted the last major changes in how government regulates the industry.

Previously, the department published data only for defaults in the two-year window after students graduated. In general, those were relatively low. The numbers released this week show that by year three, the rates rise dramatically, as this chart shows.

The three-year rates for some schools are high enough that, if those rates continued for another couple of years, those schools would no longer be permitted to write federal student loans and grants, which cost the federal government $117 billion (PDF), according to the Department of Education. The stimulus package pumped another $15 billion into education grants. The largest recipients of both programs are for-profit schools.

To be sure, the GAO found good reasons for the higher default rates among students who attend for-profits. These schools, which typically do not have entrance exams, accept students from lower socio-economic groups who would be unlikely to gain entry into more traditional institutions. They also accept more women and minority students, as a percentage, than nonprofit schools. These groups, the GAO said, are more likely to default on loans.

The GAO said that loaning money with little chance of repaying harms both the government’s loan programs and the individuals who default.

“The federal government and taxpayers assume nearly all the risk and are left with the costs,” when students do not pay back loans, the report concluded. In fact, the taxpayer picks up 97 percent of the tab for one of the biggest loan programs.

And the system can hurt the people it’s supposed to help, the GAO found. “Students who default are also at risk of facing a number of personal and financial burdens,” the report said. These risks include ruined credit ratings that would make it more difficult or impossible to obtain other loans, to find a job or rent an apartment, or to continue their schooling elsewhere.

Related Chart: Default Rates on Loans for Students Who Graduated Three Years Ago