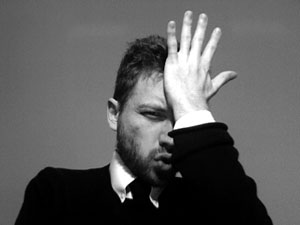 Last week, the Project on Government Oversight (POGO), a Washington nonprofit group, wrote to House Agriculture committee chairman Collin Peterson (D-Minn.), warning him that he was in danger of gutting his own bill. The bill in question supposedly aims to regulate derivatives, the complex financial products that some people believe bear part of the blame for the financial crisis.

You’ve probably heard of a futures contract, a promise to trade a certain asset at some point in the future, like the frozen concentrated orange juice contracts Dan Akroyd and Eddie Murphy deal with in the movie Trading Places. Most futures and other relatively simple types of derivatives are already traded on exchanges like the Chicago Mercantile Exchange. That means the contracts are somewhat standardized and it’s easier to see how much certain derivatives are worth and how much exposure derivative holders have.

But some derivatives, called over-the-counter (OTC) derivatives, are simply agreed to by the contracting parties. Many swaps, like the credit default swaps you’ve heard so much about (or the interest rate swaps you probably haven’t heard about), are OTC derivatives. Critics of such products claim that the lack of transparency that surrounds them allowed companies like AIG to build up huge amounts of one-sided risk. The Peterson bill is supposed to end that by forcing most OTC derivative trades onto exchanges, where volume and prices will be more transparent. The problem, as POGO explained it, was that an amendment to the reform bill created an enormous loophole:

Under this amendment—which was adopted by voice vote with little debate—an “alternative swap execution facility” is simply defined as anything that “facilitates” swap trades. Such a facility would not be subject to the requirements of an actual exchange, thereby avoiding the new requirements for increased transparency and accountability…. We believe that the creation of this loophole is contrary to the avowed purpose of the bill. It will inevitably lead to the same kind of trading that created the financial crisis; it will undermine the transparency requirements that are needed to protect the public from fraud and manipulation; and it is inconsistent with confining financial trading, to the greatest extent possible, to well-regulated clearing houses.

The wording of the amendment has since changed, but the effect is the same, POGO’s Michael Smallberg tells Mother Jones in an email:

I just wanted to give you an update on the latest version of the amendment:

(77) SWAP EXECUTION FACILITY.—The term ‘swap execution facility’ means a person or entity that facilitates the execution or trading of security based swaps between two persons through any means of interstate commerce, but which is not a national securities exchange, including any electronic trade execution or voice brokerage facility.

As you can see, this would define a “swap execution facility” as simply anything or anybody that facilitates a trade, including electronic and voice brokerage facilities. This amendment would completely undermine the avowed purpose of the derivatives legislation, which seeks to move as much trading as possible to well-regulated clearing houses and exchanges.

In case it’s not clear from the email, “voice brokerage facilities” basically means “over the phone.” So it looks like the weakened legislation is still weakened. That’s probably because there’s an enormous amount of money at stake. Smallberg notes that one analyst has estimated that JP Morgan alone stands to lose $3 billion if most derivative trades are moved to exchanges. But that’s not even the most depressing part of Smallberg’s email. This is:

POGO tried reaching out to several congressional offices last week about removing this loophole, but everyone was insecure about tinkering with the legislation because they don’t really understand derivatives. [Emphasis added.]

That’s no excuse for not regulating something. Members have a duty to inform themselves. And just talking to JP Morgan’s lobbyists doesn’t cut it. Actually listening to what POGO—a nonpartisan outside group that’s not making $3 billion a year from derivatives—has to say about the subject might be a good start.