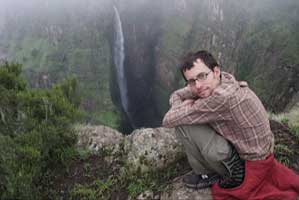 Investigative journalist Shane Bauer and two companions “will be tried by Iran’s judiciary system and verdicts will be issued,” the Islamic republic’s foreign minister, Manouchehr Mottaki, announced at a news conference Monday. The group was arrested in July after allegedly straying into Iran during a hiking trip near the Iraqi city of Sulaimaniya. While Abbas Jafari Dowlatabadi, Tehran’s chief prosecutor, accused the three University of California-Berkeley grads of espionage in November—a charge that can carry the death sentence—Mottaki said only that “relevant sentences” would be issued.

After the statement by Mottaki, Secretary of State Hillary Clinton made another call for the release of Bauer, 27, Sarah Shourd, 31, and Josh Fattal, 27. “The three young people who were detained by the Iranians have absolutely no connection with any kind of action against the Iranian state or government,” Clinton told reporters. “We appeal to the Iranian leadership to release these three young people and free them as soon as possible.”

“When we hear this, the roller coaster goes again,” Shourd’s mother, Nora told the New York Times. “It’s like we just have to pull ourselves back and realize that nothing has happened yet. They’re waiting in their way, and we’re waiting impatiently in ours.”

Diplomatic tensions have complicated the fate of the wayward hikers. For several years, Iran has been pursuing nuclear power in the face of opposition from Western governments, which suspect it is trying to assemble materials for a nuclear bomb. In a September interview with NBC News, Iranian President Mahmoud Ahmadinejad alleged that America is holding several Iranian citizens “in US prisons right now with no good reason.”

The US has relied on Swiss diplomats for updates on Bauer and his friends. The US government ended direct diplomatic relations in the wake of Iranian hostage crisis and now works with Switzerland’s embassy in Tehran to communicate with the Iranian goverment. The Swiss, who have visted Bauer and the hikers twice in the infamous Evin prison where they are being held, say the Americans are healthy.