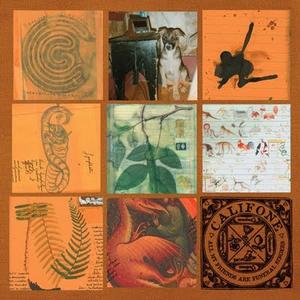 The Chicago-based band Califone just finished touring the US in support of an album and a feature film, both called All My Friends Are Funeral Singers. The “multimedia event,” which the band spent almost two months dragging around the country, featured live versions of songs from the album to accompany the film. After their show in San Francisco last week, the band dropped a bombshell, announcing that the first cinematic effort from writer-director-front man Tim Rutili, has been accepted to the Sundance Film Festival, which happens in January. “It feels unexpected,” Rutili tells me over the phone a few days later. “It goes beyond what we thought was going to happen. We thought we would just make the film to go with our record, as a kind of add-on.”

Considering the macabre title (and Califone’s music, which draws from both folk and a noisier experimental tradition), I was surprised to find that the movie was actually very funny. In brief, the plot revolves around a young fortune-telling woman whose house suddenly fills up with men and women dressed in white and visible only to her (read: ghosts). They happen to have great comic timing. (“I hung myself with my something blue,” cracks a ghost-bride; another explains, excitedly, that she was killed by bubbles when she carbonated her bathwater.) The seer goes about her business—channeling one client’s dead husband, and predicting winning races horses for a red-suited, balding, vaguely Satanic man—until the ghosts, who want to escape her house and walk into some distant light, start harassing her to release them. It’s a little more complicated than that, and involves some thematic threads about love and superstition, but suffice it to say that in the end she performs a witchy pagan ritual and they all go away.

Rutili laughs when I ask about the comic aspect of the film. “I know that most people think we’re pretty depressive because of our music, but we’re constantly fucking around and making jokes,” he says. “A lot of the dialogue was improvised. I wrote back-stories for the actors’ characters, and they took it from there. We actually had to take parts out—some of it was just really filthy.” He adds that he’d been watching a lot of “weird movies” from directors like Luis Buñuel and Federico Fellini while working on the script, and cites two that specifically caught his attention: a Spanish film from the ’70s called Spirit of the Beehive (El Espíritu de la colmena), and a Japanese film called After Life.

Here’s the trailer for All My Friends Are Funeral Singers, which will be out on DVD next fall after making the rounds of the festival circuit.