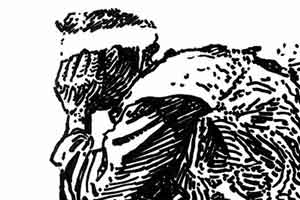 Tonight Pres. Obama lays out the escalation into Quicksandistan. 30,000 more young people and their families to die or get permanently broken.

So today we ask why?

To stop a culture of war that has been ongoing there for 25 years?

To help our friend Karzai?

To kill the 100 Al Qaeda who live there (moving in and out of Pakistan)?

To prop up Obama’s brand with the military and its industrial and media complex?

This will cost $1 million per soldier, whom we will neglect later when mental health care is needed. The family of Specialist Chancellor Keesling are still waiting for formal recognition of their son’s loss. He gave his life for his country, like hundreds of others…in suicide.

And one more thing.

How do we really feel about war, anyhow? After 40,000 years the evidence is in. We like it. Here’s the top toy we will give this year to children to celebrate the birth of Jesus Christ. Watch this and see how much fun war can be.
Hang on for the 2-minute mark where the calm fellow says:

“On one of the single-player levels you can play as a terrorist going through an airport terminal killing all the civilians. Before you begin the single-player level you are asked if you want to play any controversial levels [CONTROVERSIAL???]. You can skip a level. But I think since Infinity War wanted to make a game that was very realistic, including this part, it was definitely a thought-out decision.”

No moral signals go off in your head, kid? By the way, in which country were you raised? Oh, yeah, right…this one.