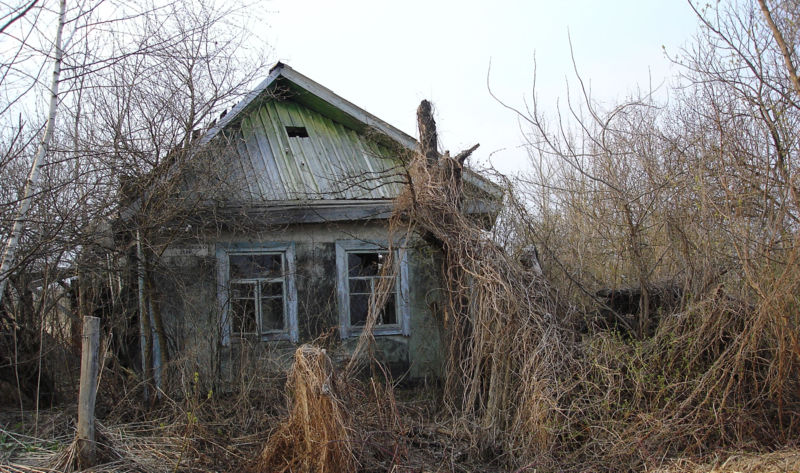 A lot of people, and many countries, think we can solve our emissions problems by adopting more nuclear power. Fast and easy, right?

More like slow and deadly. With a capital C.

“C” for Chernobyl: site of the worst nuclear accident in history nearly a quarter of a century ago. That wretched city inadvertently became the perfect Frankenstein laboratory for studying the long-term behavior of radiation in the wild.

Despite the passage of 23 years, normalcy is not returning to Chernobyl nearly as fast as predicted, according to Wired Science, reporting from the AGU meeting in San Francisco.

Specifically, the cesium 137 in Chernobyl’s soils isn’t decaying as fast as its 30-year half-life. Or as fast as we once thought it might based on theoretically accelerated dispersal rates in the wild. The ecological half-life of strontium is proving shorter than its physical half-life, with natural dispersion diluting the radioactive material faster. But not so for cesium.

Nastiest of all, no one knows why.

And so the idea that Ukraine could repopulate the Chernobyl dead zone in “only” 180 to 320 years is proving pure fantasy. And since the physical properties of cesium haven’t changed, researchers suspect an environmental explanation. Is new cesium blowing across the soil from hotter locations closer to the accident? Is it migrating through the soil from deep in the ground? Or, WTF, you can almost hear the researchers saying.