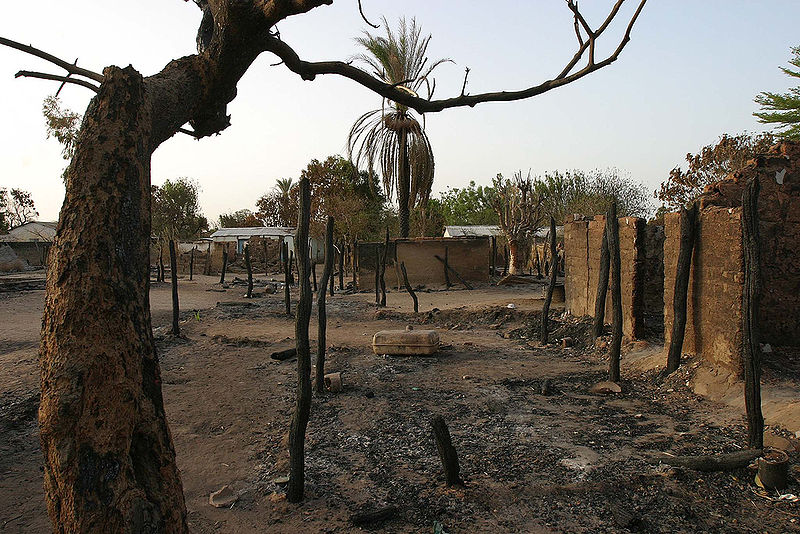 Guess what happens as climate warms in Africa? You get more war. About a 50 percent higher chance of war in unusually warm years.

Prior research has shown links between drought and conflict. But this is the first comprehensive study to finds strong links between civil war and temperature in Africa.

The reason seems to be mostly about food. African crop yields are extremely sensitive to even the smallest shifts in temperature—only 0.5 degree Celsius (0.9 degrees F) is enough to drive crop failures and that drives people to start killing each other.

So where’s Africa headed? Combining historical temperature trends with climate forecasts, the researchers predict a 54 percent increase in armed conflicts by 2030. That’s an additional 393,000 war deaths if future conflicts are as deadly as current conflicts.

The paper is important enough that it’s been made open access on PNAS.

The researchers’ conclusions? On the eve of Copenhagen, lead author Marshall Burke of UC Berkeley told the BBC:

“Our findings provide strong impetus to ramp up investments in African adaptation to climate change by such steps as developing crop varieties less sensitive to extreme heat and promoting insurance plans to help protect farmers from adverse effects of the hotter climate.”

Want to calculate how much your Thanksgiving turkey is contributing to civil war dead in Africa? A recent study estimated Britains’ annual turkey dinners add 51,000 tons of C02 to the atmosphere each Christmas. That’s the equivalent of 6,000 car journeys around the world. Or some unknown number of war dead.