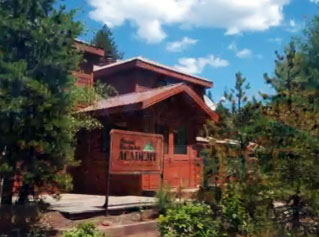 Are lap dances an effective therapy for attention-deficit hyperactivity disorder or drug addiction? It doesn’t seem like a question that should require a serious answer—but a state investigation of Oregon’s Mount Bachelor Academy (MBA) has substantiated allegations made by students and staff that such “therapy” was part of the school’s “emotional growth” curriculum and forced an emergency shutdown of the campus.

Just this June, the Supreme Court had decided in favor of a couple who sued for payment of MBA’s tuition to treat their son’s ADHD and marijuana problem. The Court determined [pdf] that parents of disabled children do have the right to seek such taxpayer support from a school district, even if they haven’t tried public special education first.

While the decision didn’t specify whether MBA itself was appropriate, some districts across the country are already reimbursing parents for its current $76,000 annual tuition, despite decades of allegations of similarly inappropriate and unproven practices. [Just one example is here [pdf]

These abusive practices aren’t isolated. MBA is part of the largest chain of “troubled teen” programs in the industry, Aspen Education, serving hundreds of kids. Right now, another Aspen program in Oregon—best known for being featured in the reality TV series “Brat Camp”—is under criminal investigation.

That investigation is related to the August death of a 16-year-old boy, which the sheriff’s deputy in charge of the case has called a “homicide.” As in several earlier deaths in such programs, the boy was made to hike in intense heat and is thought to have died of heat stroke after staff ignored his complaints. The state made Aspen shutter the program, known as Sagewalk, in September. Websites with urls like bratcamps.com still advertise it.

But look what’s going on, even when these programs don’t kill kids. On Monday, Oregon’s Department of Human Services released a scathing report on Mount Bachelor, saying that its “emotional growth” curriculum is “harmful and damaging” and its “methods of emotional, behavioral and mental health intervention and daily interaction with students perpetuate an environment that poses a pervasive immediate threat which places all children at risk of harm.”

The state ordered the school to shut down immediately and demanded numerous disciplinary, educational and staffing changes within 90 days or its license would be revoked.

The report confirmed eight allegations of abuse involving five students, but said that those students were actually “exemplars” whose experience is “substantially consistent with the experience of all children enrolled in the program.” It specifically held Executive Director Sharon Bitz to account, saying that she “either knew of the abusive practices of the agency or should have known what was happening under her authority.”

Incredibly, despite that $6,400 monthly tuition and advertising claims that MBA is appropriate for teens with conditions ranging from depression, ADHD and addiction to bipolar disorder and obsessive-compulsive disorder, the investigation found that “MBA has only one staff member who is an Oregon licensed mental health professional, however, that staff member reported that he does not meet with every student.”

Not surprisingly, Bitz attacked the report in a statement released to the press by Aspen’s parent company CRC Health. She said, “We vigorously disagree with the state’s findings. This surprising action, following seven months of cooperative work by Mount Bachelor with the state since the allegations surfaced, is not only erroneous but also creates an unnecessary burden of distress and disruption for our students and their families. As a result, we are quickly and aggressively pursuing legal options.”

The investigators interviewed 65 witnesses over the course of the seven month investigation, including students, staff and the ex-employee whistleblower who first made public the allegations. They determined that MBA violated at least eleven Oregon licensing rules and was “punitive, humiliating, degrading and traumatizing.”

Students who spoke with me for a Time Magazine online story in April—which helped spur the investigation—were stunned by the announcement. “I’m so happy now I can’t even explain,” said Jane* (a pseudonym).

Before being sent to MBA, Jane had been raped. At one of the Lifesteps seminars, the 18-year-old was forced to dress as a “French maid” and perform lap dances while Kelis’ sexually suggestive song “Milkshake” and similar music was played. “I was freaked out and traumatized and I couldn’t do anything about it,” she says.

Her friend Adam—who asked that only his first name be used—said he witnessed at least four girls and one boy who had identified himself as bisexual being made to do this “exercise.” He said that when the girls performed the lap dance on him, “They were just crying.” The bisexual boy had to give lap dances to both males and females.

Amber Ozier, now 24, attended MBA in 2002 and 2003. At the school, she was made to repeatedly re-enact her 10-year-old sister’s accidental drowning death, which occurred at Amber’s 12th birthday party.

“I feel like bricks have been lifted off me, like other kids won’t have to go through the things I went though,” Ozier says, “I’m glad they can’t hurt any more kids or mentally torture them. That’s what I feel like they were doing and I’m glad I’m not being called a liar anymore because the things I said were true.”

Melissa Maisa attended MBA from 1992-1994. When I spoke to her for Time, she described having been made to do a bizarre and obscene ritual, for which she had to lie on the floor “in the sluttiest way possible” in front of male staff members and students. Through numerous repetitions, she had to put one foot on a guy’s knee and say, “This foot is Christmas.” Then, she’d place the other foot, saying “This foot is New Year’s. Would you like to meet me between the holidays?”

Maisa said she encouraged the state investigator who interviewed her to get into the positions that she had been made to take. “It’s one thing to hear the stories, but another thing entirely to put yourself in that position mentally and physically, to think about being a teenage girl far from friends and family, feeling like no one loves you and then you have to act out no one loving you.”

Maisa, who had organized other former students online and urged them to share their stories with investigators added, “Everyone has their jaw on the floor right now. As a group, we’re so used to being the bad kids that we can’t believe that anyone finally took us seriously.”

But the state indeed substantiated allegations that teens were denied necessary access to bathrooms and found that they were sometimes punished by being sent to camp alone on an island in “inclement weather,” or by “strenuous” work projects. Alternatively, some were not permitted to “talk, touch or look at others and face the wall during meal time” for a week or longer.

Communication with parents was censored and restricted—and those who tried to report abuse were immediately punished or cut off from further communication. Teens were also denied legally required access to education during punishments.

During the course of the investigation, the school was aware that the Lifesteps program was under particular scrutiny. Nonetheless, according to the report after the state rejected a proposed revised program called “Transitions” because it “too closely mirrored the prohibited Lifesteps program. MBA proceeded to offer the Transitions program knowing that such choice could result in further investigation.”

Failure to report a rape disclosed by a student to child welfare authorities and police as required by law and regulatory violations involving mismanagement or denial of access to medications were also found.

Given the massive number of expensive changes— such as hiring qualified staff— that the state requires in 90 days, it may be difficult for MBA to comply successfully in time to retain its license.

Could this be the beginning of the end for the billion dollar troubled teen industry? It’s already facing severe economic challenges because of the credit crisis— parents had paid to send their kids by mortgaging their houses to pay the over-inflated tuition.

Lawsuits could well follow the MBA shutdown and the Sagewalk death— and school systems are likely to start looking more closely at what they are getting for the hundreds of millions spent nationally to send disabled students to these often-unregulated and rarely scrutinized facilities.

“I feel great, I’m shocked,” says Susan Dowren, the whistleblower, who kept pushing investigators to look more closely. She adds, “There were more employees who wanted to speak out but felt that they couldn’t jeopardize their jobs and income. I really think others wanted to, but you can’t let that stand in your way, I just wanted everybody to tell the truth.”

Whether that truth leads to larger and lasting changes and prompts more humane and effective treatment of teens is now up to you.