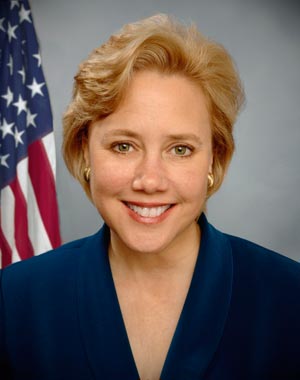 On Saturday, Harry Reid (D-Nev.), the Senate majority leader, finally rounded up the 60 votes he needed to begin the Senate’s debate on the health care bill. They didn’t come cheap. Ben Nelson (D-Neb.), killed a provision that would have stripped health insurers of their anti-trust exemptions. Mary Landrieu (D-La.) got hundreds of millions of dollars in Medicaid money for her home state. “Staffers on Capitol Hill were calling it the Louisiana Purchase,” writes the Washington Post‘s Dana Milbank.

Landrieu is far from the first Senator to be accused of trading her vote for legislative concessions. But this incident is an interesting illustration of how Washington works. As Reid got closer to the votes he needed, each holdout’s vote got more valuable. The majority leader needed to give Landrieu at least $100 million (closer to $300 million, she later claimed) in state handouts to earn her vote to begin debate on the health care bill. That’s not all. A provision making anyone who has been in foster care for at least six months presumptively eligible for Medicaid until age 25 was added to the bill before it hit the floor. “The language was added at the Senator’s urging,” Landrieu’s spokesman told Mother Jones in an email. That’s not surprising: If Landrieu, who is married to an adoptee and has two adopted children, has a personal pet cause, it’s foster care and adoption policies. “This is sort of a special issue for me,” she told the Wall Street Journal earlier this month.

Edwin Park, a senior fellow at the Center on Budget and Policy Priorities, told me that it’s hard to tell how much expanding Medicaid’s coverage of former foster children might cost because the provision is included in the Congressional Budget Office’s score of the cost of the larger expansion of Medicaid. Also, the measure doesn’t kick in until 2019. But you can bet that when it does kick in, it’ll cost something. None of this is to say that extra Medicaid money for Louisiana or expanded Medicaid coverage for former foster children is a bad idea. But the $100-million plus for Landrieu’s priorities was just the cost of starting the debate on the bill. Reid will need 60 votes again before he can hold a vote on the final measure. What will those votes cost?