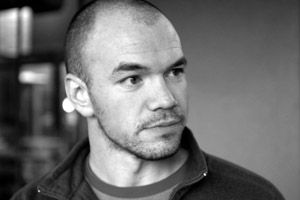 Yesterday, a federal judge handed down a setback to Tim DeChristopher, the climate-change activist who threw a monkey wrench into the Bush administration’s last-minute land giveaway. DeChristopher is facing criminal charges for pretending to bid on millions of dollars worth of oil and gas leases in Utah last December, a stunt that helped knock the ball into the court of the Obama administration, which canceled the controversial sale. As DeChristopher explained to Bryan Farrell in a recent interview with Mother Jones, he’d planned to defend his actions by arguing that he had to do what he did in order to help prevent the environmental damage—including carbon emissions—that would have resulted if the land auction had gone ahead as planned. Now the judge presiding over his case has rejected that long-shot approach. As Judge Dee Benson dismissed DeChristopher’s “choice of evils” defense, he also seemed to imply that the 27-year-old econ student’s efforts had been futile, writing, “Unlike a person demolishing a home to create a firebreak, DeChristopher’s actions were more akin to placing a small pile of dirt in the fire’s path.”

Was DeChristopher’s impersonation of a land-hungry oilman, which he says was inspired by the Yes Men, a foolish prank or cutting-edge climate activism? Read our interview and reach your own verdict.