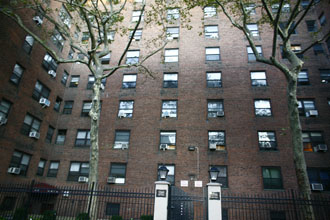 By Free Culture NYU under a Creative Commons license

The New York Times ran an interesting piece Sunday on how private equity funds buy up undervalued firms, bleed off their assets, and then pass them on to other such funds in a vicious cycle. Using Simmons mattress company as a case study, reporter Julie Creswell describes how the process works, noting how Thomas H. Lee Partners of Boston profited off of Simmons’ misfortunes:

The investment firm, which bought Simmons in 2003, has pocketed around $77 million in profit, even as the company’s fortunes have declined. THL collected hundreds of millions of dollars from the company in the form of special dividends. It also paid itself millions more in fees, first for buying the company, then for helping run it. Last year, the firm even gave itself a small raise.

Wall Street investment banks also cashed in. They collected millions for helping to arrange the takeovers and for selling the bonds that made those deals possible. All told, the various private equity owners have made around $750 million in profits from Simmons over the years.

How so many people could make so much money on a company that has been driven into bankruptcy is a tale of these financial times and an example of a growing phenomenon in corporate America.

But private equity has created problems not just for weak corporations, but low-income America, too. In our July/August issue, Adam Matthews reports on the phenomenon known as “predatory equity,” in which private equity funds buy up affordable-housing developments, take out huge interest-only loans against them—sometimes withdrawing tens of millions in cash, which is protected from future creditors by using shell entities—and then flip the projects or peform upgrades to the units (stainless steel appliances?) as part of a strategy to drive up rents. Now that the real-estate market has tanked, however, many of these housing developments teeter on the brink of foreclosure, and that’s a bad scene for the people living there. Matthews reports:

Unlike flipping a house, leveraging affordable housing affects the lives of thousands. Deals by [real-estate tycoon Larry] Gluck and other big players have stripped the equity from many of New York’s developments; roughly 70,000 affordable units are overleveraged, says Dina Levy, a tenant organizer with the city’s Urban Homesteading Assistance Board. (Levy even knows of one development where residents, many of them city employees, are being driven out by real estate companies financed by their own pension funds.) Saddled with oversize mortgages, cash-strapped buildings scrimp on basic maintenance. In December, New York Sen. Charles Schumer urged the SEC to investigate, calling the situation “subprime crisis 2.0.”