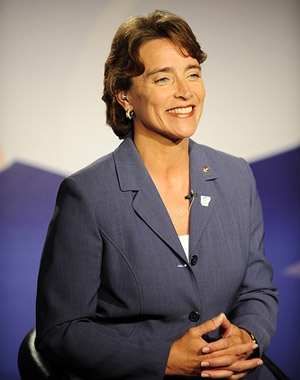 The Progressive Change Campaign Committee (PCCC), a liberal pressure group, is continuing its efforts to change the conventional wisdom about the health care public option through polling. PCCC’s latest poll (co-sponsored by Democracy for America, another liberal group) is of Arkansas, and is obviously targeted towards Sen. Blanche Lincoln (D-Ark.), who is up for reelection in 2010 and is wavering on the public option. Here’s the key finding:

Arkansas’ voter registration is still heavily Democratic, so Lincoln definitely needs to do well among Democrats if she hopes to get reelected. But because PCCC is an ideological organization, the mainstream media has been slow to pick up on the implications of their results, even though their contractor, Research 2000, is by all accounts a reliable pollster. So what PCCC really needs is a way to get the media to pay more attention to their results. That could mean some polling of the same states by other polling organizations or simply a Nate Silver analysis of the PCCC/Research 2000 polls’ accuracy. Even an attack on their polls’ credibility might help if it drew more attention to the numbers themselves. The idea that Democrats only have to worry about their right flank is pretty set-in-stone conventional wisdom in Washington and in the national media. If PCCC’s hoping to change that, they’re in for a tough fight.