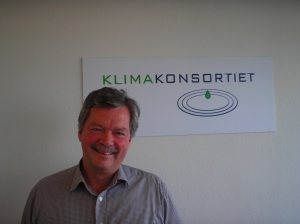 Ahead of the big climate summit in December, the Danish government has invited a small group of reporters from the US to the country so they can show us all the climate-related activities they’ve been up to. I’ll be reporting from here this week.

Our first day started out with a meeting at the Climate Consortium, a private-public partnership that the Danes created in June 2008 to promote and enhance the political, business, and public relations opportunities related to their climate work. As executive director Finn Mortensen describes it, the goal is to promote “Danish solutions in climate and energy.”

The group organizes trips such as the press junket we’re currently attending, as well as visits for political and business leaders from all over the world. They’ve also developed a website that uses Google Maps technology to highlight projects around the country.

Denmark has plenty to show off, and with the biggest climate meeting in history coming here in just 62 days, they’ve got an incentive to entice other countries to follow suit. The country has maintained a steady level of energy consumption since the 1970s, and continues to see a decline in use.

Meanwhile, the percentage of renewables has ticked steadily upward; they’re now the world leader in wind energy and have a burgeoning biomass industry. Twenty percent of energy now comes from electricity generated by wind turbines, and they’ve set a goal of drawing half their power from wind by 2050. They also intend to end fossil fuel use by that time.

The impetus for Denmark was the energy crisis following the 1973 Yom Kippur War between Israel and a coalition of Arab states backing Egypt and Syria, which led to an oil embargo against many western nations. At the time, Denmark was almost entirely dependent on foreign oil, which prompted a major overhaul in energy use. The government started taxing oil at high rates, while offering incentive programs to citizens to become more energy efficiency. They also began massively subsidizing the wind industry. But unlike many nations that felt the burn of the oil embargo, they maintained their programs to reduce dependence on foreign countries (unlike,ahem, the US, for example).

Since they ’70s, they’ve also seen a 75 percent growth in gross domestic product—the real selling point, as far as the Danish government and business is concerned. It’s this message that the Climate Consortium wants to pound home. And in 2008 they exported $12.5 billion worth of clean tech. “We have a good story to tell developing countries,” said Mortensen. “You don’t have to give up on economic growth if there’s a deal in Copenhagen.”

The Consortium has a $10 million budget to tell that story, Mortensen said, with two thirds of their funding drawn from private business and a third from the government. They’re a staff of just seven, but in the past year they’ve brought 25 delegations here for energy tours, and have 25 more planned visits, for a total of more than 450 guests, ahead of the UNFCCC meeting. In addition to seeing Danish projects first hand, many groups also meet with political leaders—”to try to convince them that we need a commitment in Copenhagen,” said Mortensen.

Of course, they’re also keen on showing Americans what they’ve been up to, hence my trip here this week. The Danes were disappointed that Obama didn’t even mention the climate conference during his visit here last week to stump for the Chicago to get the Olympics. Mortensen was fairly pesimistic about reaching a final deal here, in large part because the US is unlikely to have legislation passed by that time. “It looks grim at this point,” he said.

I’ll be visiting these projects and hearing the Danish perspective on climate and energy for the next six days, so stay tuned for more throughout the week.