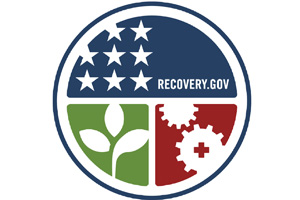 Big news for all you stimulus fans—Recovery.gov, the federal recovery website, just relaunched this morning. For months, the frustratingly sketchy website was the last place you’d go to keep track of where the $787 billion in economic stimulus was being doled out. While the adminsitration scrambled to live up to the president’s promise to account for “every dime,” ProPublica and Recovery.com put up relatively easy-to-use recovery trackers. (Congressional Republicans also set up a less-than-user friendly site at Sunshine.gop.gov.) So how does the revamped Recovery.gov 2.0 stack up against the competition?

A quick tour of the site reveals it to be a major improvement—especially when you consider it was pulled together in just 10 weeks. Its centerpiece is an interactive map where you can track grants, loans, and contracts by location, agency, or amount. You can zoom in on funding recipients by exact location, which you can’t do on the ProPublica or Recovery.com maps, making it easy to see where the checks are going locally. It also offers text lists of recipients by state and agency. ProPublica and Recovery.com offer lists by county and city, respectively—so will someone please offer a choice of recipient lists by zip code, city, county, and state? Perhaps Recovery.gov can be of assistance: For the super wonky, it offers downloadable data for making “mashups and gadgets.” Amid an otherwise so-so review of the site, OMB Watch says “this is actually a really nice feature.”

So what’s wrong with the new Recovery.gov? The biggest glitch is that its numbers aren’t entirely up to date. The chairman of the Recovery Accountability and Transparency Board says that the data will remain “spotty” until January 2010, when recipients can correct any reporting errors. (These corrections will also be tracked on the site.) Also, the site is still not searchable by recipient; that feature is supposed to be available in October. (Neither ProPublica nor Recovery.com offer this feature; the GOP site does, but it’s a pain in the butt.) And the new site doesn’t reveal just how much stimulus money each agency has received. (ProPublica does, though.)

The verdict: Recovery.gov’s far from a one-stop shop for all your stimulus transparency needs, but better late to the game than never.