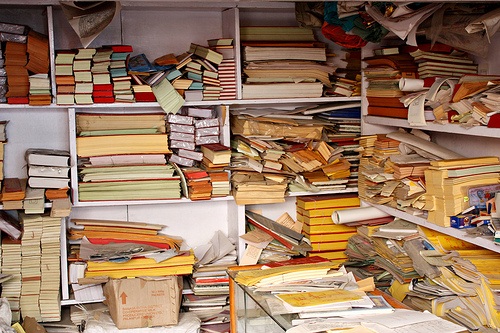 Is it Big Brother, or a giant leap forward for bureaucratic kind? That’s the question plaguing India’s plan to assign each of its 1.2 billion citizens a biometric ID card tied both to their government entitlements and their fingerprint or iris scan. Name, birth date and either the finger prints or iris image will eventually appear on the card, which will function a lot like a US Social Security Number.

If that sounds scary (and to anyone raised on 1984, it certainly does) consider the status-quo: India’s bureaucracy is notoriously byzantine, and notoriously tied to paper. Today, there’s no single form of identification which can be used uniformly between activities—like voting and receiving welfare benefits, for example—and few that transfer across state lines. Worse, because there is no single system, citizens who lose their paperwork lose not only their records but their entire identity (military history, savings accounts, proof of citizenship) which is a problem if you live in, say, flood-prone Kolkata. Even assuming you could prove your identity, any records would be nearly impossible to find in the piles of paper that fill your average state office. As Amitav Ghosh put it in his 2005 essay on the effects of the tsunami in India:

..to be middle-class, in India or anywhere else, is to be kept afloat on a life-raft of paper: identity cards, licences, ration cards, school certificates, cheque books, certificates of life insurance and receipts for fixed deposits.

The tsunami, in the suddenness of its onslaught, allowed for no preparations: not only did it destroy the survivors’ homes and decimate their families; it also robbbed them of their place in the world.

Supporters say the biometrics program will be a boon for India’s poor, who often move between states looking for work. Opponents cite the possiblity for an info-tech disaster that would make Estonia’s 2007 hacker nightmare look like child’s play.

For those who hear echoes of Soviet-era internal passports, Indian officials are quick to point out that the cards will not keep any data on the holder’s caste or religion. But ideological squabbles aside, there are still major technical hurdles to the project. Whether it gets off the ground at all, and whether other democracies will copy it, remains to be seen.