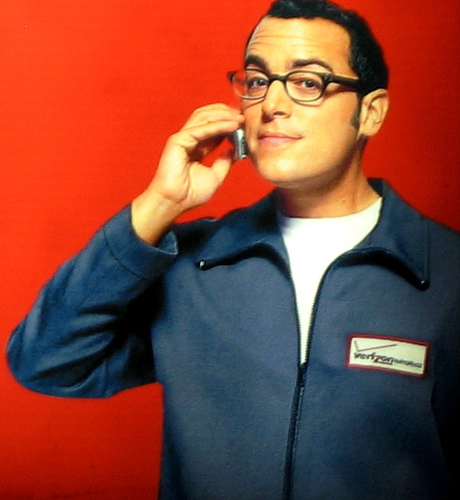 Cell phone carrier Verizon Wireless has prompted an online uproar and calls for a boycott over its sponsorship of the “Friends of America Rally,” a Labor Day gathering in Logan, West Virginia organized by mountaintop-removal coal mining company Massey Energy that appears intended to rile up the troops against climate change legislation.

Under similar political pressure, Verizon has already dumped its ads on Glenn Beck’s Fox News show as of last week, citing Beck’s “controversial track record.” Another Fox blowhard, Sean Hannity, is set to appear at the Logan rally along with global warming skeptic Lord Christopher Monckton and the inimitable Ted Nugent. The sponsorships seem out of character for Verizon, which, on its website, touts efforts to address “the entire global emissions problem” through measures like fuels cells, solar panels, and energy efficient technology.

Verizon spokesperson Laura Merritt told me the sponsorship of the rally was “a local decision that was intended to support the immediate community.” She added that more than 100 companies had signed on to the event (though most are small businesses or part of the mining industry). “I insure you that this is not a statement of our policy on any public issue.”

Merritt declined to say what kind of events Verizon would not sponsor. When I asked if there are people in West Virginia who oppose mountaintop removal mining and support a climate bill, she demurred. “All I can tell you is that this decision was based on support of that immediate, small community there,” she said. “Beyond that, I really don’t know.”

It’s perhaps unfair to be too hard on Verizon when 3 million businesses belong to the US Chamber of Commerce, a brutal foe of cap and trade. Still, the company comes off as duplicitous and amoral when it panders to local audiences in opposition to its stated values. Fortunately, many consumers know that there are phone companies that actually put the planet ahead of profits. That’s what I’d call a true Friend of America.

UPDATE: Courtesty of Think Progress, here’s Massey Energy CEO Don Blankenship inviting people to attend the rally, where they’ll learn about how “environmental extremists and corporate America are both trying to destroy your jobs.”