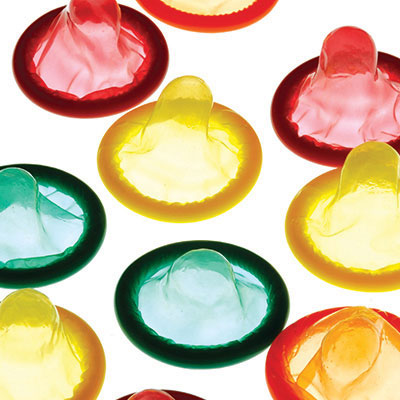 Safer sex and pregnancy prevention advocates have had their work cut out for them over the last couple of weeks. A recently published study declared that the withdrawal method was almost as effective as condom use in typical practice. Now, a study soon to be published in the Archives of Sexual Behaviour argues that unprotected heterosexual sex can improve your ability to deal with stress and curb depression.

Claims about the positive effects of semen are nothing new. Back in 2002, researchers at the State University of New York conducted two studies in which they concluded that semen positively affected women’s mental health. While the 2002 study was carried out by psychologists, the theory was that it was the hormones within semen that elevated women’s moods.

This time around, the hypothesis has more to do with the act itself, and asserts that both men and women can benefit from the practice of unprotected heterosexual sex. Its author, Stuart Brody, believes that’s due to evolution:

“Evolution is not politically correct, so of the very broad range of potential sexual behaviour, there is actually only one that is consistently associated with better physical and mental health and that is the one sexual behaviour that would be favoured by evolution. That is not accidental.”

While science may not always confirm what we would like to be true, some dispute the validity of this type of evolutionary psychology, which tends to laud heterosexual sex and support male dominance as an evolutionary necessity, providing excuses for violence.

The validity of this study is also put into question by its small sample size of only 210 subjects. Besides, as Tony Kerridge of Marie Stopes International argues, the contemporary risks of unprotected heterosexual sex probably outweigh any evolutionary benefits:

“I would have thought that the mental health of anyone would be tested if they found out they had a sexually transmitted disease or that there was an unwanted pregnancy.”

While arguments about the effectiveness of condoms versus withdrawal can have the statistics to back them up, studies like these may also create risks. All kidding about the rationale of high school boyfriends aside, there are other concerns associated with unprotected sex, beyond pregnancy. The HIV rate among heterosexual couples continues to rise. According to CDC estimates, heterosexual contact led to 27 percent of new HIV diagnoses in 2006. While I am no evolutionary scientist (psychological or otherwise) I would guess that that type of risk is not evolutionarily favorable.