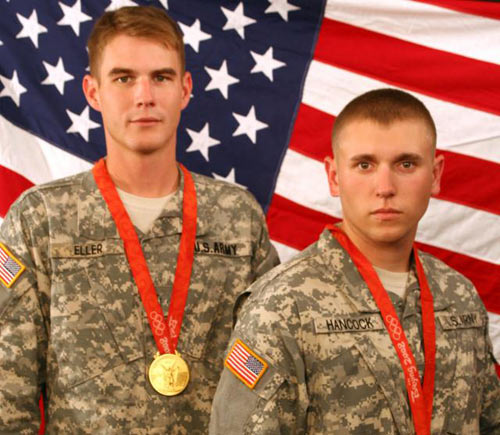 Welcome to the Army. You’re not suicidal, are you?

Questions like this may become routine: the Washington Post reported yesterday that the military is developing required surveys for all new soldiers and the 90,000 already serving. The new panel creating the surveys is also conducting the largest-ever study of military suicides. The study’s goal is twofold: prevent military suicides, and determine the causes of suicide.

Last month, Gen. Peter W. Chiarelli, the Army’s vice chief of staff, told the Senate Armed Services Committee that for veteran suicides, “The most frustrating thing is trying to find a cause.” The overwhelming evidence that depression and self-destructive behavior are  results of war must have slipped his mind. The $50 million, five-year study that the National Institute of Mental Health and the Army launched earlier this year is what the Post calls “an ambitious attempt to solve the mystery.” The research was prompted by a rapid increase in soldier suicides, which reached 143 in 2008—the highest since the Army began keeping count three decades ago. Professors from Harvard, Columbia, and the University of Michigan sit on the panel of experts, ready to crack the case.

Suicide is not the only grim indication that PTSD is on the rise. In late July, the Colorado Springs Gazette published a two-part tome on eight murders perpetrated by American soldiers at Fort Carson between tours. Here is the writer’s explanation:

When a soldier faces constant threat of attack, studies suggest, the brain is flooded with adrenaline, dopamine and other performance-enhancing chemicals that the body naturally produces in a fight-or-flight response. Over time, the brain can crave these stimulants, like a junkie for his fix.

But the Army’s refusal to simply identify war, and its after-effects, as the reason our young people are losing their minds is nothing new. Back in 2006, the Colorado Springs Independent reported on the high numbers of soldiers discharged for “patterns of misconduct” or “multiple personality disorder,” a loophole the military could use to deny treatment to individuals mentally ravaged by combat. Reporter Michael de Yoanna, who has completed a series of investigations on these issues with Mark Benjamin at Salon, told me “there is routine denial …among the Army’s top brass, who prefer to blame it on what well could be symptoms of combat stress, including financial problems and romantic relationships.” De Yoanna also says five years is too long for the study. By then “many of the officials and lawmakers who are well aware of the crisis will be long-gone, perhaps never to be held accountable should that report conclude soldiers were denied the care they deserved.”

The good news is that the number of soldiers surveyed who say they fear seeking mental treatment because it would hurt their careers appears to be decreasing. According to the Gazette, the number of soldiers “seeking private counseling surged from 11 in 2006 to 2,171 in 2008.” The base has intensified screenings for depression and doubled its behavioral-health counselors. Maybe the new hires will figure out how to support our emotionally wasted troops.