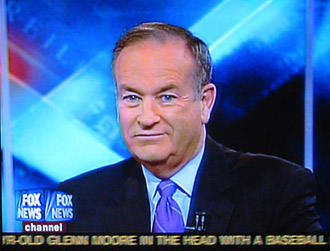 When I used to complain to my mother about my older brother’s verbal taunts, she usually told me to just ignore it; it was my strident reaction that made him want to mess with me. I now tell my son the same when his little sister deliberately pushes his buttons. But we (somewhat rational) journalists are pathologically unable to grasp that simple truism and ignore the taunts of the bullies that populate right-wing cable and radio.

Truth is, our whole culture is addicted to meaningless controversy, and by god, it drives Web traffic like nothing doing. So when Obama is attacked by crazies who insist he lacks a birth certificate, when Glenn Beck jokes about poisoning Nancy Pelosi, when Fox lights up with claims that the Democrats want to euthanize the elderly, when Rush and others equate the president to Hitler, the journobloggers are all over it. Anytime I’m drawn to comment on this stuff, though, I have to admit some level of ambivalence. I still remember being annoyed years ago when one of Bill O’Reilly’s antigay tirades about San Francisco made A-1 in the San Francisco Chronicle. Didn’t the editors get it? To steal from the first Terminator movie: That’s what he does. It’s all he does. O’Reilly baits people, and they respond, and then he sells more books. Even 2 Live Crew, a feeble act that made millions in the 1990s off an obscene-lyrics controversy, understood that game. (Of course, fanning the O’Reilly flame probably sells more newspapers, too. And god knows, they need all the sales they can get. Evidence here.)

In short, the cable bullies live and breathe to enrage liberals. And why? Why do they taunt, lie, make things up, distort reality, provoke unhinged people that go on to murder physicians and the like. Are they nutbag ideologues? Partly. Do they do it for the money? Partly. But more fundamentally, I think a lot of them do it because they’re insecure and crave the attention.

These are the proverbial kids who never got enough love, or were bullied or ignored, and now they’re having their comeuppance on the kindergarten playground of ideas. Take Beck, who had a tragedy-filled childhood, struggled through high school, then hit the bottle hard before discovering AA. By winning a contest, he got his break as a weekend music deejay. Then there’s radio hate-talker Michael Savage, whose father would shame him publicly, according to a close friend quoted here: “Michael would have on tight black jeans and a boat-necked sweater and his dad would say, ‘I don’t like the way you’re dressed. You look like a fag,’ stuff like that.” Another old friend told SF Weekly reporter Ron Russell: “He has a very strong need for public adulation. He wants to be loved.”

Perversely, we provide them that love. Even as we attack the haters for their vitriol, their lowering the intelligence of public debate while raising its decibel level, we offer them legitimacy and project their message to a wider audience. Before long, the disinformation we’re countering becomes conventional wisdom for people who choose not to think for themselves very much. (Sort of reminds me of a tidbit in our recent drug package about how the Bush administration spend hundreds of millions of dollars on anti-pot ads even after it learned that teens who saw them were actually more likely to smoke pot—except in that example the teens actually were thinking for themselves.) In any case, even the fringe of the fringe, freaks such as the scripture-spewing Rev. Fred Phelps of Kansas, who pickets funerals and the like with his “God Hates Fags” signs, usually manages to stir enough local outrage to make the papers. And that’s what fuels him.

Even so, what would we in the media do without these jerks? Blog about issues of substance? Please. How would Chris Matthews and Keith Olbermann and our friend Rachel Maddow cope with such a void—would Jon Stewart lack for material? And how are liberal advocacy groups to raise money when they can’t capitalize on the latest Beck or Coulter outrage to open the fund-raising spigot? For that matter, Al Franken might not be a senator were it not for his high-profile battles with O’Reilly.

So I guess you can dismiss this post as a late-summer fantasy: Avid blog readers may encounter an occasional plea to ignore one or another of these reviled hosts—Alternet’s Don Hazen has suggested as much for Coulter, and our own Kevin Drum had done so for Beck. Still, I wonder what would happen if every credible journalist and blogger got together and made a pact to shut out the hateful drivel entirely? Even for 24 hours. We could call it A Day Without A Right-Wing Wack Job.

Or how about a month? Just imagine.

How peaceful August could be.