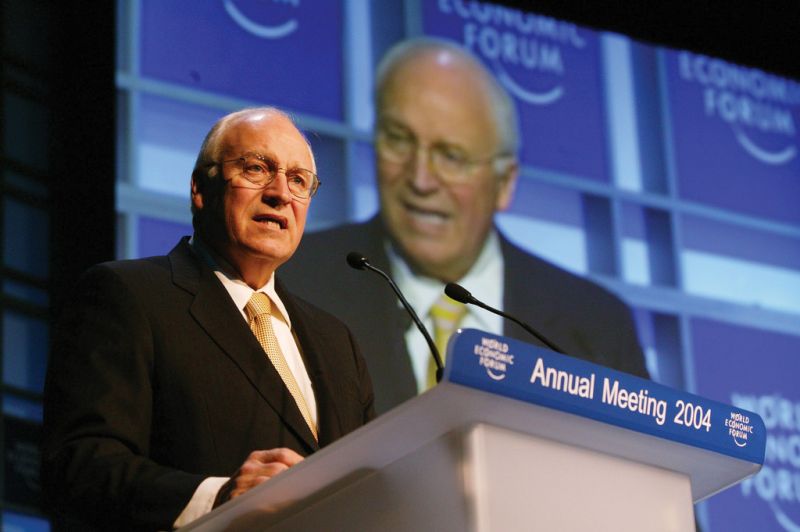 Dick Cheney, as vice president, was once the president of the Senate. Now he could become the target of a Senate investigation, for the Senate intelligence committee is in the position–and perhaps has the obligation–to answer this question: did Cheney tell senior members of Congress the truth about the Bush administration’s use of harsh interrogation practices (a.k.a. torture) during hush-hush briefings on Capitol Hill?

Last week, The Washington Post revealed that in 2005 Cheney oversaw at least four classified briefings of congressional leaders about the interrogations of detained terrorist suspects. This was part of an effort to bolster congressional support for the program. Curiously–or not so curiously–the CIA didn’t note Cheney’s participation in these sessions when it recently released a list of the briefings the agency had provided to Congress regarding its interrogation methods.

In March, Feinstein and Sen. Kit Bond (R-MO), the top GOPer on the committee, announced they were investigating the CIA’s detainee and interrogation program. And while legislators, pundits, bloggers, and others have debated whether a special prosecutor or independent commission ought to be created to examine the Bush administration’s interrogation practices, the Senate intelligence committee has quietly been pursuing its probe.

The committee’s inquiry has stirred no fuss. There have been no public hearings. In fact, Feinstein has made no commitment to hold hearings on this subject or to release a public report when the investigation is completed. The committee said in March that its investigation would take about a year.

“The Senate intelligence committee’s study includes an examination  of how the committee was briefed on the CIA’s detention and interrogation program,”  says Phil LaVelle, a Feinstein spokesperson. “This includes briefings of committee leadership, and is not limited by who conducted the briefing.” The committee has restricted this part of its review and is not examining briefings provided to other committees–such as the House intelligence committee–according to a congressional source familiar with the probe. But given that Cheney briefed two senior members of the Senate intelligence panel, the committee can review what Cheney told Roberts and Rockefeller about the interrogation program and evaluate whether his assertions were supported by the facts. That is, the Cheney briefing is fair game for the Senate investigators.

In recent weeks, Cheney has insisted that the use of waterboarding and other extreme interrogation procedures produced essential intelligence and that classified documents prove that–while President Barack Obama and  Senator Carl Levin (D-MI), the chair of the armed services committee, have taken issue with him on this point. So did Cheney make an honest presentation during the behind-closed-doors meetings with congressional leaders when he was veep? Feinstein can find out–if she wants to.

The Senate intelligence committee’s investigation is not wide-ranging–which may be good news for Cheney. According to a press release it issued, the committee is mainly focusing on what the CIA did, whether it remained in compliance with guidance it received from the Justice Department, and what was the value of the intelligence it obtained through the use of “enhanced and standard interrogation techniques.”  That press release makes it seem unlikely that the committee is investigating whether the White House–with or without Cheney’s involvement–pressured the Justice Department to cook up legal cover for the CIA’s use of so-called enhanced interrogation techniques.

When I asked LaVelle whether the committee was examining the 2005 Cheney briefing, he declined to comment. The committee is not confirming or denying any specific aspects of its inquiry, including the witnessess it has or will be interviewing. But the committee has granted itself the authority to investigate what Cheney told committee members about the CIA interrogations. If it chooses not to do so, its probe will be incomplete.