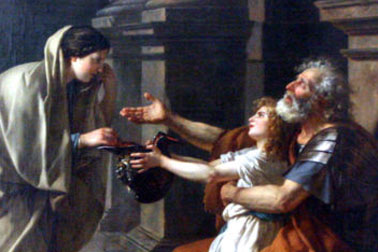 According to a new study, as the economy tanked last year, so did Americans’ charitable giving. The Giving USA Foundation reports that we donated nearly six percent less than we did in 2007, the biggest annual drop in 50 years. This is hardly unexpected, but it’s still notable that charitable giving didn’t drop at the same rate as the stock market or people’s retirement funds. Which may suggest that even in hard times, we Americans are a fairly generous lot. Or are we? In our current issue, I explore the question of whether we can afford to give away even more of our hard-earned cash. As residents of the richest nation in the world, do we have an ethical obligation—as philosopher Peter Singer argues—to give away a substaintial chunk of our personal wealth to help others? And even if we do, can we write our favorite causes an IOU until the economic mess works itself out?

My take: I find Singer’s basic argument compelling, if guilt-inducing. We should still keep our checkbooks at the ready, not simply because it’s the right thing to do, but because nonprofits are an economic engine every bit as important as mismanaged auto companies or short-sighted investment firms. And they’re picking up much of the slack in our frayed social safety net. So, if you can afford it, go out and stimulate the economy and your conscience. (I don’t say this just because I work for a nonprofit magazine. Really.) Read my article and let me know what you think.