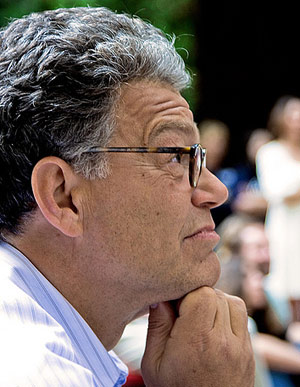 On Tuesday, Minnesota governor Tim Pawlenty said he will not run for reelection in 2010, fueling speculation that he is clearing his schedule in order to run for the Republican presidential nomination in 2012. Pawlenty also promised that if the Minnesota Supreme Court orders a certificate of election when it rules on Al Franken and Norm Coleman’s battle for a Senate seat, he will “not hold it up” or “delay in any fashion.” (Franken is almost certain to win the court fight.) There’s still some speculation that Pawlenty might break his promise and delay Franken’s certification so as to appeal to the GOP primary electorate, but it’s pretty far-fetched—Pawlenty made a clear promise that would be hard to break, and holding up Franken probably wouldn’t help him anyway. The Economist‘s anonymous Democracy in America blog explained last month:

The conservative argument is that Mr Pawlenty, if he wants to run for president in 2012, would boost his chances if he blocks Mr Franken. That’s just not true. Becoming identified with a partisan election count is the political equivilent of biting down on a cyanide capsule. What was Katherine Harris’s reward for verifying the Florida election count in 2000? Two terms in Congress, sure, but a total party abandonment in 2006 when she ran for Senate. What was Ken Blackwell’s reward for protecting George Bush’s Ohio campaign in 2004? More disrespect from his own party, which tried to deny him the 2006 nomination for governor and then abandoned him. If Mr Pawlenty wants a political second wind, it’s good news for Mr Franken.

If The Economist is right, you can expect to see Senator Franken strolling around Capitol Hill by early July.