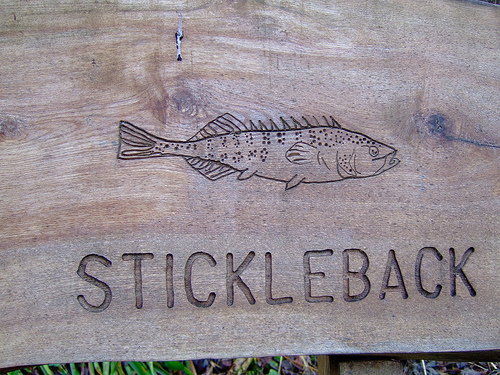 Note to humans: We’ve got some unusual competition in the battle for intellectual superiority, from an unlikely opponent: a 1.5″ long fish called the nine-spined stickleback.

If you thought that animals could only learn by Pavlovian methods (just hearing the bell still makes me salivate, due to all of the psychology classes I slept through in college), think again. Earlier this year the stickleback proved itself to be a uniquely intelligent species, as researchers learned that these little fish are “much more willing to take risks in search of food in pairs than alone.” But by golly, the little fellows aren’t done yet.

DiscoveryNews reports that the nine-spined stickleback (try saying that 10 times fast), “possesses an unusually sophisticated capacity for learning not yet documented in any other animal, aside from humans.” These creatures have learned to watch the mistakes of their peers so they don’t repeat them, an achievement humans could learn from. This new knowledge was the result of a study done by University of St. Andrews research fellow Jeremy Kendal and his colleagues, who published their findings in Oxford University’s Behavioral Ecology journal.

With this significant scientific breakthrough, who knows what else we will learn about our underestimation of animal intelligence in the near future?