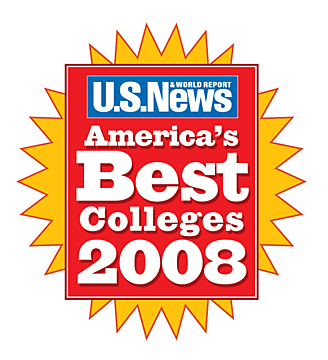 Over at Inside Higher Ed, there’s a fascinating account of how in 2008 Clemson University climbed from 38 to 22 in U.S. News and World Report‘s annual rankings. The post quotes Catherine Watt, Clemson’s director of institutional research, who was surprisingly forthcoming at the annual forum of the Association for Institutional Research in Atlanta, noting that “We have gotten really good press. We have walked the fine line between illegal, unethical, and really interesting.”

According to Watt, Clemson raised its ranking with the following ethically murky tactics:

Inside Higher Ed points out that all this has paid off:

The proportion of freshmen who were in the top 10 percent of their high school class has risen to 42 from 34 percent; student to faculty ratio has dropped to 14:1 from 16:1; the retention rate of freshmen has climbed to 89 from 82 percent and the graduation rate to 78 from 72 percent.

Watt notes that students have benefited from some of those changes, but there’s a dark side, too: The rate of first-generation college students at Clemson has dwindled to less than ten percent.

It’s a shame that people have to be so obsessed with rankings, especially when you consider all the interesting things going on at non-USNWR annointed colleges. Speaking of which, we’re looking for great feats of student activism to feature in our September/October 2009 issue. Nominate worthy ones here.

Update: Clemson denies manipulating USNWR; calls accusations “outrageous” and “untrue.” Yeah, except it was their own director of institutional research who did the accusing…

Update: On USNWR’s peer assessment survey, which accounts for a quarter of a school’s overall ranking, college administrators gave their own schools rave reviews while playing down competitor institutions.