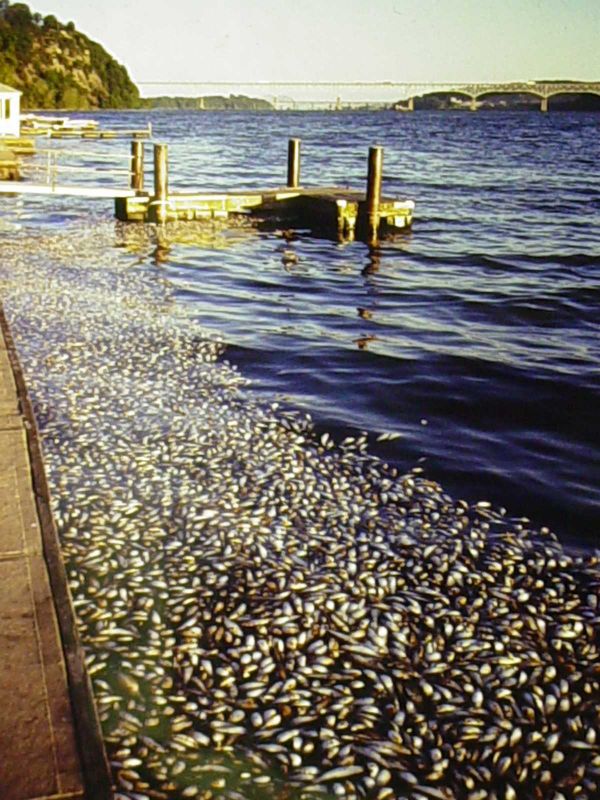 Estrogen is bad for fish. In more ways than we thought.

We know that estrogen and estrogen-mimicking chemicals known as endocrine disruptors cause intersex fish—that is, males with immature female egg cells in their testes.

New research finds that fish exposed to estrogen produce less immune-related proteins, making them more susceptible to disease. This suggests why fish in the Shenandoah and Potomac Rivers are simultaneously afflicted by mass kills, lesions, and intersex fish.

US Geological Survey researchers suspected that estrogens were causing fish kills and fish lesions as well as intersex fish in the two river systems. So they exposed largemouth bass to estrogen and found the fish produced less hepcidin—an iron-regulating hormone of mammals, fish, and amphibians.

Exactly what hepcidin does to boost immune systems is unclear. But it may act as an antimicrobial peptide, the first line of defense against disease-causing bacteria, fungi, and viruses. Or it might affect the iron balance in infected vertebrates. Or both.

But all too many wind their way from industry, livestock, irrigation, sewage, and storm run-off into lakes, ponds, oceans, marshes, streams, rivers, and groundwater—eventually into fish.

And from there into humans, perhaps accounting for the alarming rise of human male reproductive disorders in recent years, including birth defects of the penis, undescended testes, reduced sperm production, and testicular cancer.

You think that might slow down the chemical pipeline. Especially in rivers so close to Washington, DC. But apparently money is worth more than masculinity.