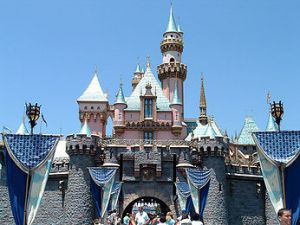 Last week, we learned that residents of Burbank, California, are suing Walt Disney Co. for allegedly dumping carcinogenic chemicals in a local stream. Now, the Glendale News Press reports, they’re saying said chemicals caused both people and animals to become sick. Troubling, but so far it doesn’t exactly sound like the stuff of epidemiological studies:

Standing at the intersection of Parkside Avenue and Parish Place, Panuska gestured down several neighboring streets, pointing out the homes whose residents she said were diagnosed with various cancers, and listing off dozens of cases where horses, dogs and cats came down with various maladies…

On Beachwood Drive, plaintiff Dennis Weisenbaugh reflected on the life of his office manager, Gene Montoya, who two years ago died of liver failure after eight years of working eight-hour days from his home office.

Three of Weisenbaugh’s horses were diagnosed with diseases similar to laminitis, a painful inflammation of the foot, and had to be put down.

It’s awfully hard to prove a causal relationship between toxic chemicals and a handful of illnesses in people and pets, and that ambiguity will certainly work in Disney’s favor. The company still hasn’t said much on the issue, other than to point out that a 2006 investigation by the California Department of Toxic Substances Control found that chromium levels in the community weren’t problematic. It’ll be interesting to see whether the EPA agrees.