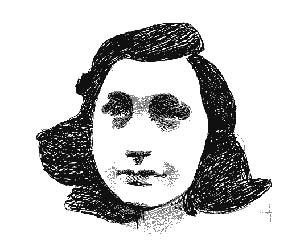 Neda Agha-Soltan’s life is sketched in below, from CNN. Her life as an icon has just begun. And as we grieve for her and the tragedy of Iran, we can be forgiven to nod to the fact that Neda, living at that time and place, has in her short life illuminated the world.

The second of three children, Neda lived with her parents in a middle-class neighborhood east of Tehran. She was a happy, positive person. Though she studied philosophy and religion at the Azad Islamic University, she was more spiritual than religious. She also loved music. She once studied violin but had given it up and was planning to take up piano next. She had just bought a piano, but it had not yet been delivered.

Her demeanor was typically calm, even serene, but she had a quirky, playful sense of humor. A friend recalled that once, when Neda was visiting her friend’s house, she picked up a white Teddy bear, took off her big, purple-studded earrings and put them on the bear. Then she removed a necklace from around the neck of a friend and put it around the bear’s neck, taking delight in the bear’s transformation.

She liked to travel, having visited Turkey three months ago with a tour group. And she believed in human rights, her friend said.