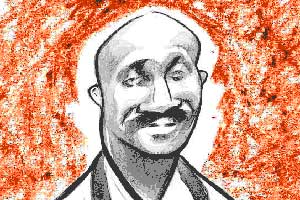 Bob Barr on Troy Davis. A death penalty supporter, ex-Congressman Barr lives to regret a bill he cowrote that blocks appeals and gets down to the killing. Under this law, courts are refusing to hear witnesses who now recant their testimony. In this recent Times column he mourns the foolish application of this bill in the rush to execution of Davis, very probably an innocent man. As a result, the state of Georgia can schedule his execution at any time now.

THERE is no abuse of government power more egregious than executing an innocent man. But that is exactly what may happen if the United States Supreme Court fails to intervene on behalf of Troy Davis.

Mr. Davis is facing execution for the 1989 murder of an off-duty police officer in Savannah, Ga., even though seven of the nine witnesses have recanted their testimony against him. Many of these witnesses now say they were pressured into testifying falsely against him by police officers who were understandably eager to convict someone for killing a comrade. No court has ever heard the evidence of Mr. Davis’s innocence.

After the United States Court of Appeals for the 11th Circuit barred Mr. Davis from raising his claims of innocence, his attorneys last month petitioned the Supreme Court for an original writ of habeas corpus. This would be an extraordinary procedure — provided for by the Constitution but granted only a handful of times since 1900. However, absent this, Mr. Davis faces an extraordinary and obviously final injustice.

This threat of injustice has come about because the lower courts have misread the Anti-Terrorism and Effective Death Penalty Act of 1996, a law I helped write when I was in Congress. As a member of the House Judiciary Committee in the 1990s, I wanted to stop the unfounded and abusive delays in capital cases that tend to undermine our criminal justice system.

With the effective death penalty act, Congress limited the number of habeas corpus petitions that a defendant could file, and set a time after which those petitions could no longer be filed. But nothing in the statute should have left the courts with the impression that they were barred from hearing claims of actual innocence like Troy Davis’s.

It would seem in everyone’s interest to find out as best we can what really happened that night 20 years ago in a dim parking lot where Officer Mark MacPhail was shot dead. With no murder weapon, surveillance videotape or DNA evidence left behind, the jury that judged Mr. Davis had to weigh the conflicting testimony of several eyewitnesses to sift out the gunman from the onlookers who had nothing to do with the heinous crime.

A litany of affidavits from prosecution witnesses now tell of an investigation that was focused not on scrutinizing all suspects, but on building a case against Mr. Davis. One witness, for instance, has said she testified against Mr. Davis because she was on parole and was afraid the police would send her back to prison if she did not cooperate.

So far, the federal courts have said it is enough that the state courts reviewed the affidavits of the witnesses who recanted their testimony. This reasoning is misplaced in a capital case. Reading an affidavit is a far cry from seeing a witness testify in open court.

Because Mr. Davis’s claim of innocence has never been heard in a court, the Supreme Court should remand his case to a federal district court and order an evidentiary hearing. (I was among those who signed an amicus brief in support of Mr. Davis.) Only a hearing where witnesses are subject to cross-examination will put this case to rest.

Although the Supreme Court issued a stay of execution last fall, the court declined to review the case itself, and its intervention still has not provided an opportunity for Mr. Davis to have a hearing on new evidence. This has become a matter of no small urgency: Georgia could set an execution date at any time.