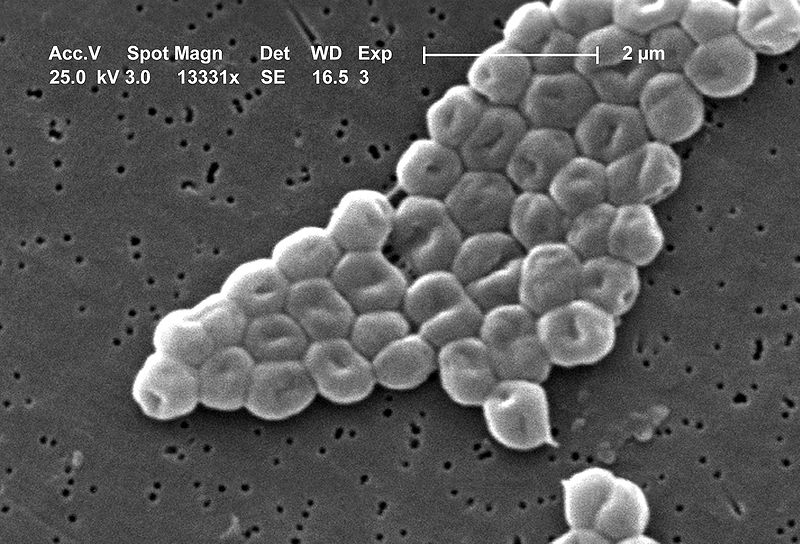 Centers for Disease Control and Prevention

Wastewater treatment plants create a hedonistic mating ground for antibiotic-resistant superbugs that are eventually discharged into streams and lakes.

A new study sampled water near five sewage plants around Ann Arbor, Michigan, and found superbugs—bacteria resistant to multiple antibiotics—up to 100 yards downstream from the discharge point in the Huron River. (Next: the researchers are going to look further than 100 yards away.)

While the total number of Acinetobacter bacteria left in the discharge effluent declined dramatically after treatment, the remaining bacteria were significantly more resistant to multiple antibiotics than upstream bacteria.

Some strains resisted as many as seven of eight antibiotics tested.

Twenty or 30 years ago, antibiotics would have killed most of these strains. But multiple antibiotic-resistant bacteria have emerged as a serious global health issue thanks to the overuse and abuse of antibiotics.

The researchers conclude the problem isn’t that treatment plants aren’t cleaning the water. It’s that they aren’t equipped to remove antibiotics and other pharmaceuticals entering the treatment plants.

Therefore wastewater treatment becomes a fertile brew for the creation of superbugs. Good bacteria grow and replicate along with the bad and in the confined space they share resistant genetic materials, effectively selecting for multidrug resistance.

Here’s my favorite part of the press release about this paper in Science of The Total Environment: “While scientists learn more about so-called superbugs, patients can do their part by not insisting on antibiotics for ailments that antibiotics don’t treat, such as a common cold or the flu.”