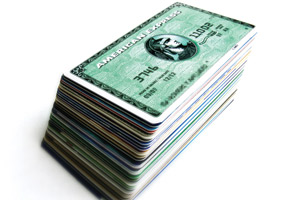 Bad credit card debt may be the next big crisis looming on the economic horizon, some financial analysts say, and on Thursday President Obama will stage an event in Albuquerque, New Mexico, to persuade Congress to fix the problem. Flanked by local residents who have wrenching stories of crippling debt, he’ll ask the Senate to pass tougher credit card regulations later in the day. But while the PR push makes a welcome change from the government’s traditional reluctance to crack down on the industry, consumer groups charge that the legislation is riddled with loopholes for heavyweight banks.

Credit card debt in the United States now totals more than $960 billion, with default rates nearing 10 percent for some lenders. Many of the biggest credit card lenders are the same institutions that have only escaped collapse thanks to massive infusions of government bailout funds—such as Citigroup and Bank of America. Most of that money was used to help banks recover from their losses in the mortgage meltdown, and won’t cover additional shortfalls if credit card defaults reach the record-breaking highs that some experts project. According to Bloomberg, defaults could wipe out 40 to 50 percent of the annual profits of American Express, Bank of America, and JPMorgan, and cause further losses for Citigroup.

In response, lenders are squeezing what they can from those borrowers who are still trying to pay their debts—cutting back on credit limits, jacking up interest rates, and shortening the time to pay bills. By drafting legislation that won’t take effect until 2010, Congress has simply encouraged banks to accelerate their predatory lending practices before the bill comes due.

But the bill has bigger problems than timing—its design hardly ensures better protection for consumers. The Federal Reserve will be responsible for writing the rules to put the legislation into practice. Not only has the Fed turned a deaf ear to consumer problems for years, stringent credit card regulation goes against its institutional interest. The Fed’s main job is to pump-prime and oversee banks. Why should the bankers who run the Fed strip their client banks of credit card profits when those banks already need billions from taxpayers to stay afloat?

Once written, the new rules will be enforced by the utterly supine Office of the Comptroller of the Currency in the Treasury Department. This unit has rarely imposed public penalties on big banks, although it has managed to fend off critics by claiming that it hands out penalties in private. Whether it actually does so, and what kind of penalties it enforces, remains anyone’s guess.

A more effective alternative to this inherently flawed plan would be to hand regulatory power to a financial products safety commission, a concept advocated by Harvard professor Elizabeth Warren, a longtime critic of the credit card industry who is running the bailout oversight board. “The Federal Reserve, the Office of the Comptroller of the Currency, and other financial regulatory institutions are not currently charged to protect consumer safety,” Warren explained to me in 2007. “The primary responsibility of the regulatory agencies is to assure the profitability of the banks and other lending institutions, not to protect consumers from deceptive and unsafe products.”

Sen. Richard Durbin (D-Ill.) and Rep. Bill Delahunt (D-Mass.) are sponsoring legislation to set up this type of commission. But although they’ve won the backing of senators Ted Kennedy (D-Mass.) and Charles Schumer (D-N.Y.), plus outside support from more than 50 consumer, labor, and civil rights groups, the proposal undoubtedly faces an uphill struggle.

The same is true of legislation that would ban excessive interest rates, or usury. A proposal to cap interest rates at 15 percent, and 18 percent in emergencies, failed in the Senate on Wednesday, winning just 33 votes. “Credit unions have been under [such a] law for 30 years which says the maximum rate is 15 percent except under unusual circumstances, in which case it goes up by 3 percent,” said Sen. Bernie Sanders (D-Vt.), one of the measure’s cosponsors. “We want to do for private banks what we have been doing with credit unions.” Laws against usury were common in many states until they were essentially abolished by a banking-law loophole in the early 1980s. “The problem with instituting a new usury law is politics,” Warren said. “The credit industry hires a lot more lobbyists than the consumer advocacy groups, and the creditors have been almost uniformly opposed to any usury laws.”

In fact, the industry’s clout has repeatedly stymied efforts to prevent lenders from gouging consumers. In 2005, Congress passed bankruptcy legislation with the support of 18 Democratic senators, many of them targets of generous support from the banking industry. The law made it far more difficult for anyone to clear debt by declaring bankruptcy. Ed Mierzwinski of US PIRG notes that after the law passed, companies began to deploy some of their most noxious practices more frequently. These included the so-called universal default, in which credit card companies raised cardholders’ rates not only if they paid their own bills late, but if they paid any bill late. Rep. Carolyn Maloney (D-N.Y.) tried to remedy the situation with a Credit Cardholders’ Bill of Rights Act. But the legislation got watered down in committee.

The Senate version of the credit card bill is being shepherded through the banking committee by its chair, Sen. Christopher Dodd (D-Conn.). His bill is considered stronger than the House version that passed in April, for two main reasons. First, it only permits credit card companies to raise rates on existing balances when a cardholder’s payment is 60 days late, whereas the House bill specifies 30 days. Consumer groups say the 30-day difference is important because during the economic downturn, some 10 million people have been paying their credit card bills late in the first month, while in 60 days the number of overdue payments drops off dramatically. (There are signs, however, that the final compromise number may be 45 days.) Second, the Senate bill states that those cardholders whose rates have been raised due to late payments must be given a means to return to a fair interest rate if they make timely payments for six months. Both bills would restrict universal default, limit banks’ ability to hike interest rates on existing balances, and call for simpler disclosure of terms.

Still, credit card companies shouldn’t exactly be shaking in their shoes. Dodd, one of the Senate’s biggest beneficiaries of financial industry donations, reportedly spent the weekend wheeling and dealing with the committee’s ranking Republican, Sen. Richard Shelby of Alabama, and they eventually agreed to dilute language that would have banned universal default outright. The law that Congress ultimately produces will likely leave credit card lenders plenty of room to make money from the same consumers whose taxes are bailing them out.