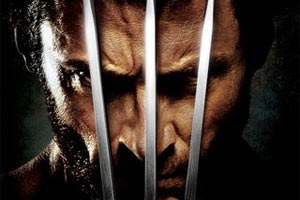 Via Variety comes the news that Fox News entertainment columnist Roger Friedman was fired yesterday for reviewing a leaked version of the upcoming X-Men Origins: Wolverine movie (or, as I call it, Double the Wolverine, Double the Hotness) last Thursday. The internet leak drew attention for two reasons; one, because it was so far in advance of the film’s anticipated May 1 release date, and two, due to its quality, as it was apparently an early studio cut and not a “hand-held camera in a theater” style copy. Friedman’s review has since been removed, but it caused ire among hardcore fans as well as at Wolverine studio 20th Century Fox (a division, like Fox News, of everybody’s favorite media conglomerate News Corp.). In far less significant but oddly coincidental news, the morning show at my old alma mater LIVE 105 was fired last week and rumors are flying that it was due to their playing 30 seconds of a track from the upcoming Green Day album. Have media companies reached the breaking point with this gol-durned internet and its leaky tubes?

It’s a little creepy, because reviewing early leaks of albums has become standard practice at respectable blogs. In our defense, recent history has shown that album leaks are generally reliable and final versions of the album in question (although not always), unlike the Wolverine leak which was apparently an unfinished cut. Moreover, like I’ve complained about before, America is often a far-flung hinterland when it comes to new music from the rest of the world, with chart-topping albums from Sweden or Mali taking months or years to reach our shores. Even then, release dates are notoriously tenuous. More than anything, with early reviews so omnipresent in the blog-o-town, nobody wants to be left behind. But are we, and was Friedman, committing an art crime? And if so, how much control should the critic allow the media conglomerate who decides the release dates, and how can the critic respect artistic (and commercial) rights while also acknowledging, you know, reality? I’m just glad I didn’t download the Wolverine leak, but I refuse to watch that in anything but the highest possible definition. Ahem.