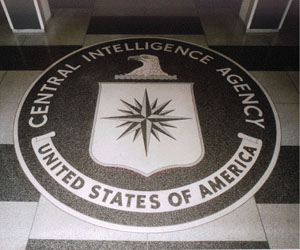 This story first appeared on ProPublica.org.

Among the OLC memos released today, one appears to inadvertently reveal that a top al-Qaida suspect captured in northern Iraq in January 2004 was held by the CIA in a secret prison.

The 9/11 Commission report said Ghul was in “U.S. custody.” But the government itself never discussed Ghul’s whereabouts. And the CIA has never acknowledged holding Ghul.

Three years after his capture, human rights groups were surprised when Ghul was not included among 14 high-value detainees who were transferred out of the CIA’s black sites program and sent to Guantanamo Bay, Cuba, in 2007.

Since then, he has been considered a missing, or ghost detainee. But in the heavily redacted OLC memo dated May 30, 2005, government censors appeared to have missed a single reference to his name and confinement during a lengthy description of the interrogation techniques used against him. The reference can be found at the bottom of Page 7 in the memo, where Ghul’s surname is spelled “Gul.”

According to the memo, Ghul was one of 28 CIA detainees at the time who had been subjected to the agency’s “enhanced interrogation techniques.” Specifically, the memo says he was subjected to “facial hold,” “facial slap,” “stress positions,” “sleep deprivation,” a technique called “walling,” in which a detainee’s shoulders are repeatedly smashed against a wall, and the “attention grasp,” in which the detainee is placed in a choke-hold and slapped.

So it appears we now have evidence Ghul was in a CIA prison. Where he is today is still a mystery.

We’ve called the CIA, and they declined to comment.